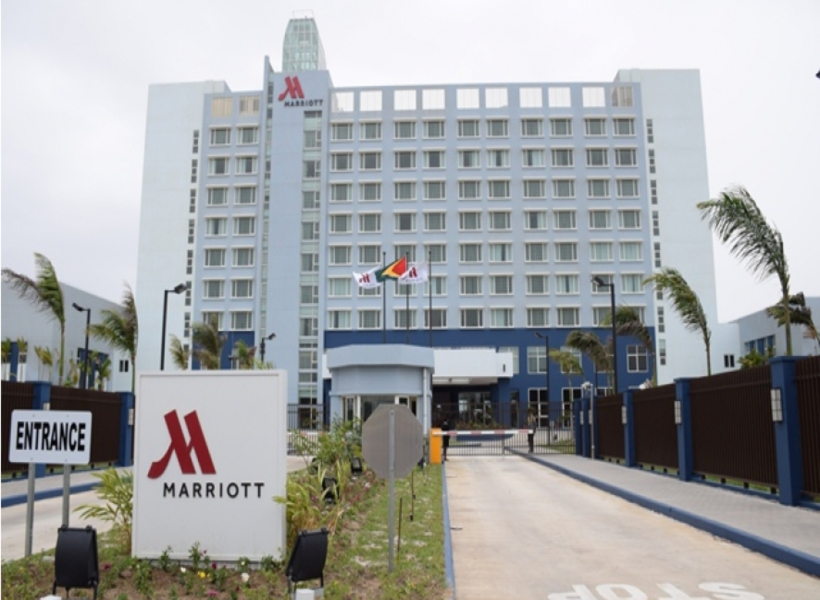 For years, Opposition Leader, Bharrat Jagdeo has skillfully avoided revealing the names of the persons who funded the controversial US$52M Marriott Hotel.

His behaviour was no different at a press conference he held today at his Church Street headquarters.

There, the former President said that members of the media need to “get accountability” from the APNU+AFC government. He insisted that after being in office for three years, the APNU+AFC party is more than aware of who funded the construction of the Marriott Hotel via a syndicated loan managed by Republic Bank Trinidad.

The Opposition Leader said, “Three years into this Government, they will not know the share structure of the Marriot Hotel?  Listen, they know. The Government is not as bad as Kaieteur News….”

Further to this, Jagdeo was asked whether his close friend and owner of New Guyana Pharmaceutical, Dr. Ranjisinghi ‘Bobby’ Ramroop is one of the financers of the project. But the Opposition Leader was quick to deny this.

He said it is “not owned by Jagdeo or Ramroop or anyone else…It is 100 percent Government. Ask them about the share structure.”

The Guyana Standard was able to reliably confirm that the Government and even the National Industrial and Commercial Investments Limited (NICIL) would be aware of the persons who put up US$27M to be the main equity holders of the Marriott Hotel.

In the meantime, the Government is taking, from the national purse, $226M every six months to service the US$27M Republic Bank loan. The Chinese built Hotel is incapable of turning over enough revenue to do so on its own.

The Marriott Hotel is owned by the Government of Guyana via the National Industrial and Commercial Investments Limited (NICIL). However, the Atlantic Hotel Inc (a special purpose company owned by NICIL) has oversight responsibility for the hotel.