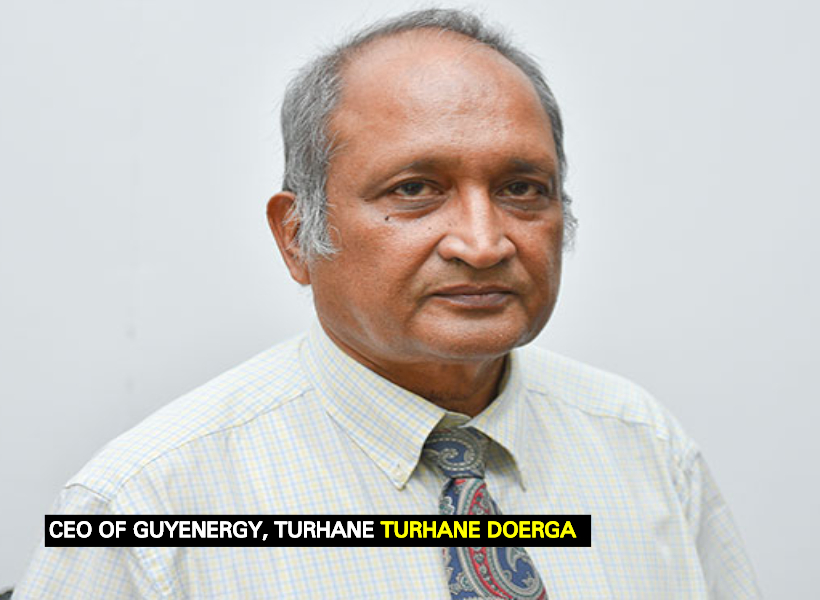 A local businessman has a vision that Guyana will one day become “the Dubai of the Caribbean”.  As a result, he sees it prudent to invest in a refinery here.

During a presentation at the Georgetown Club last evening, Chief Executive Officer (CEO) of GuyEnergy, Turhane Doerga, called on local businesses to “hold the bull by its horn”; insisting that there is a need for a genuine collaborative effort by businesses.

Doerga is the former Chairman of the Alesie rice company that shut its doors last year after processing rice in Guyana for almost three decades.

The businessman said that his company has already conducted a feasibility study into the project, which is estimated to cost some US$100M. The facility will be constructed in Linden where over 150 residents are expected to benefit.

GuyEnergy’s quest to establish the refinery here is not being deterred by a study that government commissioned last year which found that establishing a local refinery will not be feasible. That study was conducted by Hartree Partners of Mexico.

Consultant Pedro Hass, the Director of Advisory Services of Hartree Partners last year, told the nation that Guyana currently consumes between 13,000 and 14,000 barrels of oil per day, which is way below the 200,000 barrels of oil a standard size refinery can process.

Hass said that should a 100,000-barrel per day refinery be constructed just to cater for Guyana’s consumption, it will cost somewhere in the vicinity of US$5B with a negative rate of return on investment at between US$2B and US$3B.

Deorga, in responding to questions by the Guyana Standard regarding GuyEnergy’s position on that study, noted, “We do not know the terms of reference of the consultant’s work, but when asked directly the consultant confirmed he had not taken into consideration the implementation of a small-scale modern modular Refinery such as the one being proposed by GuyEnergy.”

The businessman however, concurred with Hartree’s study that a massive 100,000-plus barrels per day full petro-chemical refinery would not be commercially feasible in Guyana.

He explained that a modular refinery is completely different from a petro-chemical one.

A modular refinery is a processing plant that has been constructed entirely on skid mounted structures. Each structure contains a portion of the entire process plant, and through interstitial piping the components link together to form an easily manageable facility, the businessman told this publication.

The company is currently engaged in discussion with the authorities to secure land in Linden to construct its facility. After the land is secured, the construction phase will commence. The refinery will take some 9 months to complete.

Former Public Works Minister Robeson Benn, is lending his expertise to the company.