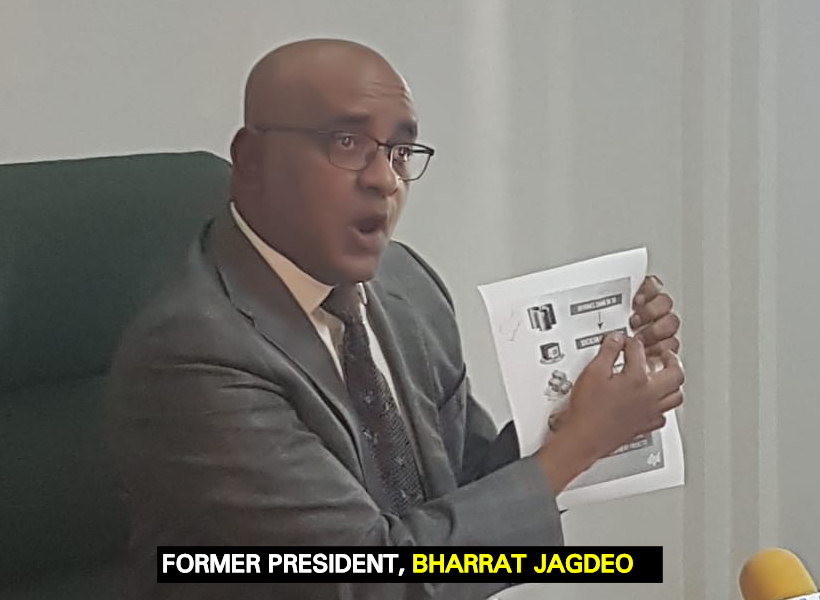 In light of the Caribbean Court of Justice’s (CCJ) ruling that Opposition Leader, Bharrat Jagdeo cannot run for another term, the People’s Progressive Party/Civic (PPP/C) must now look for an eligible Presidential Candidate for the 2020 General Elections.

This nominee, the former President said, will be revealed by the party at the appropriate time.

Grilled by the media to at least give a few names, the former Finance Minister refused “to get into specifics”.  He also refused to say if the candidate will be the former Minister of Housing, Irfaan Ali, or PPP Member of Parliament, Juan Edghill.

“The party has a lot of bright, hardworking people. We have said it, that the PPP will say who the candidate is, at the appropriate time…Could even be Kwame (Macoy)”.

Quizzed on whether it will be a female, Jagdeo said that whatever answer he gives, it will be too “narrow” and speculations will follow; pointing out that not too many women are in the party.

During the Donald Ramotar presidency, several local commentators had said that Jagdeo was the one calling the shots from behind the scenes. On this premise, Jagdeo was probed to say what role he will play if the selected candidate becomes president.

The Opposition Leader was quick to deny playing any part in the Ramotar administration other than offering his help on budgets that were presented by the PPP/C.  He added that the selection of the new candidate will be a democratic one; where the party’s members will be the ones selecting – not him.

Jagdeo noted that the role he intends to play is one that is supportive and one that follows the PPP’s plan for Guyana.