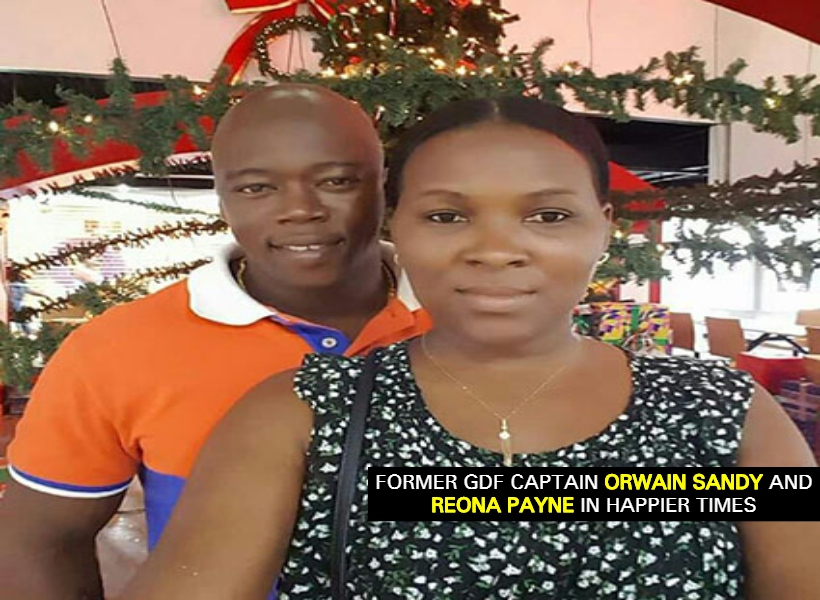 Police Constable Kevin Noel was the first witness called by the prosecution today to testify in the Preliminary Inquiry (PI) into a murder charge against former army Captain Orwain Sandy. The former military man is before the court for fatally shooting his spouse.

The charge against Sandy,  who was Special Assistant to the Chief-of-Staff, alleges that on March 31, last, at Alexander Village, Georgetown, he murdered Travel Agent Reona Payne. The murder accused is being represented by Attorney-at-Law, James Bond but was not required to plead to the indictable charge.

During his time in the witness box, Constable Noel, who performs duties as a Crime Scene Examiner at the Criminal Investigation Department (CID), Headquarters, Eve Leary, Georgetown, testified in relation to certain photographs he took at the scene of the murder.

The PI continues next week Wednesday (July 04, 2018) before Principal Magistrate Judy Latchman at the Georgetown Magistrates’ Courts. The matter is being prosecuted by Police Corporal Shawn Gonsalves.

According to reports, Payne sustained 14 gunshot wounds about her body and died on the spot. Sandy surrendered at the Ruimveldt Police Station immediately after the shooting.

Reports indicate that before the shooting, Sandy had accused his spouse of being unfaithful. It was reported that Sandy and Payne were seated in a car when the two got into a heated argument.  Sandy allegedly shot the woman several times about her body.

He then drove himself to the station where he reportedly told the police what had transpired. He also handed in his weapon and was placed in custody.  Payne, a mother of three, and Sandy were not married but had been living together for some time.