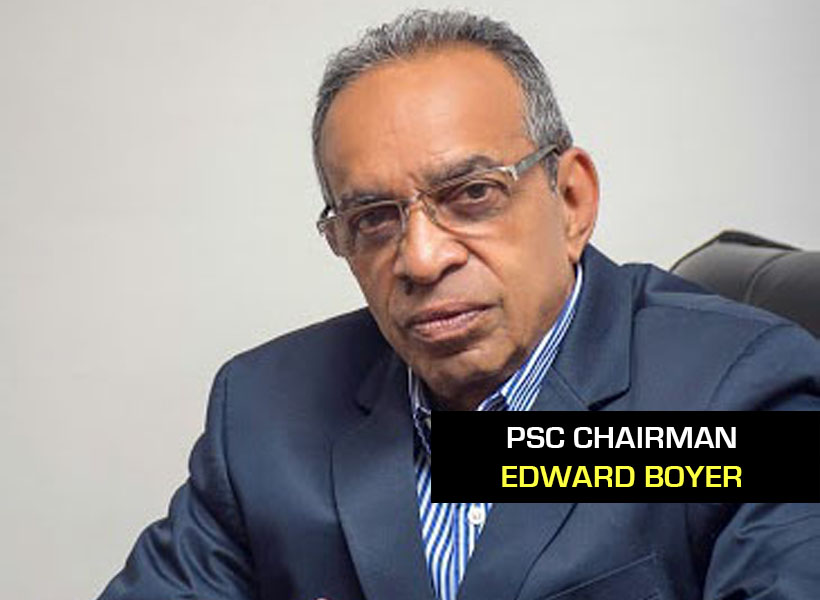 Those in the business community continue to suffer at the hands of a system they deem unfriendly to their livelihood.

Just last week, leading businessman, Eddie Boyer, who served the Private Sector Commission (PSC) for the last two consecutive years as its Chairman, said that there are many issues still affecting the business community.

Boyer said this as he delivered his final speech as Chairman when the Commission held its Annual General Meeting (AGM) at the Marriott. During his address, Boyer highlighted some issues affecting the Commission and some which are just of general concern.

He said, “As I demit office, I would like to highlight a few areas which will still need to be addressed. These include the Rule of Law within Guyana, as we note with grave concern the allegations of political involvement in the judicial system.”

Boyer continued, “We would like to see Government address the bureaucracy and seek ways of simplifying the means of doing business.”

Boyer said this as Guyana’s international ranking on ease of doing business continues to fluctuate.

The ease of doing business index ranks countries against each other based on how the regulatory environment is conducive to business operation stronger protections of property rights. Economies with a high rank (1 to 20) have simpler and friendlier regulations for businesses. Guyana’s most recent rank is 126.

Other Chairmen before Boyer made similar pleas to successive governments.

However, the pressures on the business community seems more immense now as business also have to contend with a “slowing economy.”

He said too, “We would encourage Government to create employment opportunities in a slowing economy, to generate wage growth and to seek out measures to increase wealth. I would hope that all levels of Government would become friendlier to business, as it is business that ultimately creates employment and economic growth.”

Boyer told those who gathered at Marriott that the PSC ensured that it demonstrated desire to work with Government at all levels, to improve the conditions prevailing today. “I take this opportunity, to complement our Government on a number of its accomplishments, including local government elections, establishment of the Procurement Commission, reduction of Corporate and Personal taxes, increase of the personal threshold and lowering of the VAT percentage. I applaud our Government for their determination, to address the Public – Private Partnerships in Guyana, and their recognition of the need for co-existence and collaboration.”