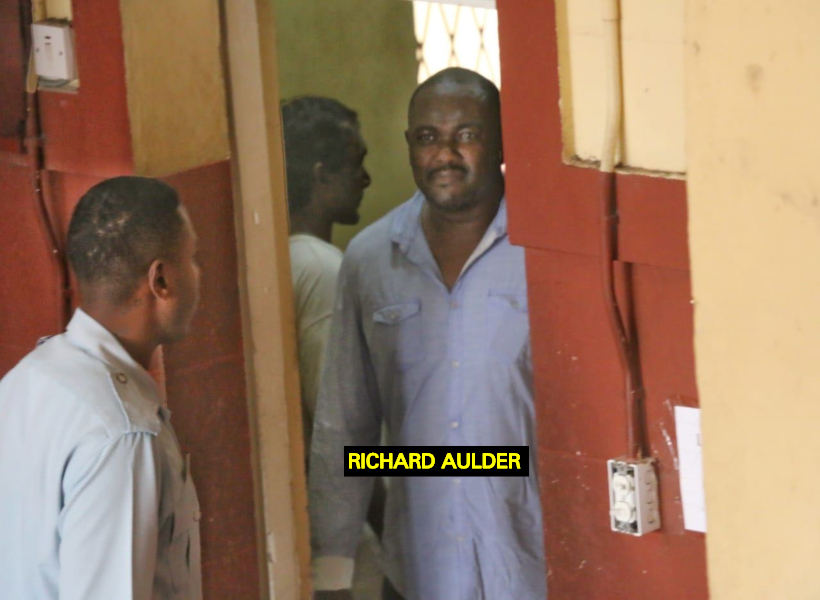 Richard Aulder of Lot 85 Section ‘C’ Enterprise, E.C.D was hauled before the courts today for promising to do the unthinkable. He told a woman he has the connections to make a murder charge against her relative disappear. Aulder took $5M to complete the mission.

But his failure to get the job done led to a police report being filed. This led to the 46-year-old facing a fraud charge when he appeared before Senior Magistrate Leron Daly in the Georgetown Magistrates’ Courts.

Aulder denied the charge which alleged that between September 20, 2016 and January 20, 2017 at Georgetown, with intent to defraud, he obtained $5M from Nicola Duggan, by falsely pretending that he was in a position to get the case against Robert Benn, who was charged with the murder of Collin Pereira, dismissed in the Georgetown Magistrates’ Courts.

The man’s attorney, Keavon Bess in an application to secure bail for his client told the court that Aulder is the manager of a mining company. The lawyer added that it is quite strange that the virtual complainant was not charged for engaging in a criminal act.

He said that the prosecution cannot prove that any money was given to his client. However, Police Prosecutor, Sanj Singh stated that investigation into the matter is still ongoing. According to the prosecutor, the defendant recently admitted in a caution statement that he was given $5M worth of cocaine, instead of cash.

The court heard that the defendant is a businessman and between the periods mentioned in the charge, he met with the victim several times and collected the money from her.

The intention was that he would give the said money to the mother of Collin Pereira, as an inducement. The prosecutor had no objection to bail being granted to the defendant. He was subsequently released on $200,000 bail.

The resident of Enterprise will make his next court appearance on July 20.

Last year, the virtual complainant’s relative was committed to stand trial in the High Court for the murder of Pereira, who he allegedly shot dead on August 23, 2016. According to information, Pereira was shot dead by Benn after he turned a heavily tinted car on a bridge in front of Benn’s yard