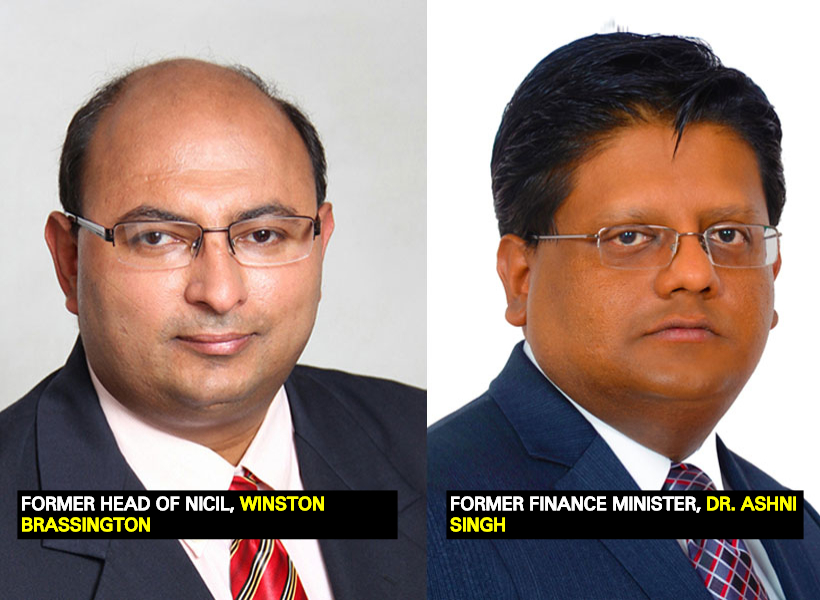 Weeks after the Special Organised Crime Unit (SOCU) instituted a fourth charge of Misconduct in Public Office against Former Finance Minister, Dr Ashni Singh and former head of the National Industrial and Commercial Investments Limited (NICIL), Winston Brassington, the charge is still to be read to them.

Singh and Brassington are jointly charged in connection with wrongdoings in the Sanata Textiles deal with Queens Atlantic Investment Inc.

It is alleged that Dr Singh and Brassington between October 26, 2010, and December 20, 2010, acted recklessly when they sold to Queens Atlantic Investment Inc, the Sanata Textiles Complex, with building and erections thereon at $697.9M knowing that the said property was valued at $1B. The gross undervaluation represented a breach of duty by Brasington and Singh.

Last month, when the charge was brought against the defendants, they were absent from court. This resulted in the matter being adjourned to today’s date after lawyers for them assured the court that they will appear to answer to the charges.

This morning when the matter was called in Senior Magistrate Leron Daly’s courtroom, Brassington and Singh were absent. Attorney-at-Law, Anil Nandlall in addressing the court, stated that Singh is out of the jurisdiction working, and was unable to be in Guyana at this time. The lawyer went on to tell the court that SOCU prosecutors are playing a “cat and mouse game” and are making a mockery of the Law.

SOCU Prosecutor, Trenton Lake argued that the court should take a certain action against Singh since the matter was called a month ago. According to Lake, he has no doubt that both parties are fully aware that they were to be present in court today.

He requested that the matter be adjourned and reassigned to the courtroom of Chief Magistrate, Ann McLennan before whom Brassington and Singh are facing similar charges.
After listening to both sides, Magistrate Daly adjourned the matter until July 26, when the defendants are expected to appear before the Chief Magistrate.

Both men are currently facing three charges of Misconduct in Public Office before the Chief Magistrate. However, Justice Franklyn Holder has put a temporary halt on those criminal proceedings pending the hearing and determination of a challenge over the validity of those three charges.

Chief Justice (ag) Roxane George is hearing that challenge. Singh and Brassington are currently out on $6M bail each in relation to those three charges.