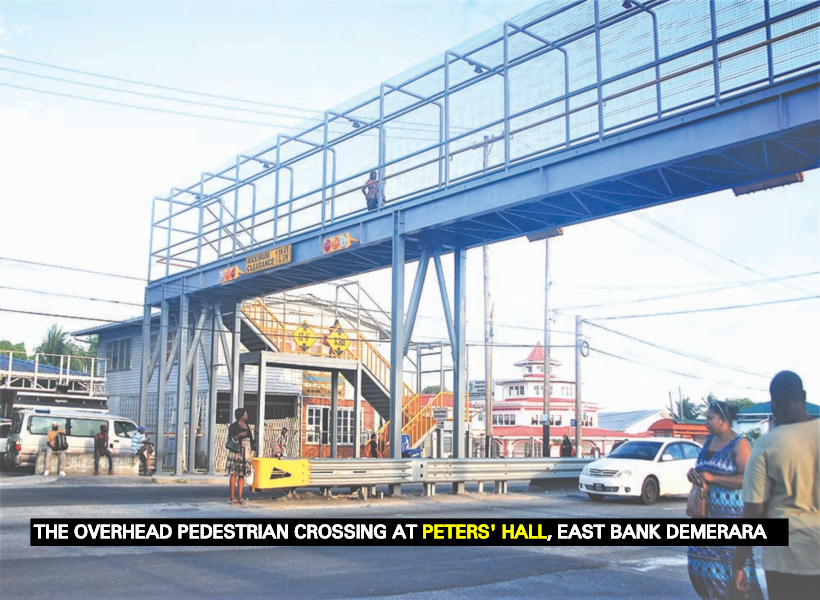 With the Ministry of Public Infrastructure moving to modernize the overhead pedestrian walkways along the East Bank of Demerara (EBD), concerns have been raised by members of the public over safety.

One Facebook user posted to the entity’s page, enquiring if there will be any security mechanisms installed at the structures.  The Guyana Standard would have already received missives about the walkway being a “one way in, one way out” arrangement. Some social media users have also predicted that the structures will create hiding spots for robbers.

With concerns continuing to escalate, this online publication contacted the Ministry of Public infrastructure’s Senior Traffic and Safety Engineer, Kester Hinds for a comment.   The official said that the Ministry is preparing to make an announcement soon with regards to security at the crossings.

Asked if the security will consist of armed security personnel, Hinds said that the details are yet to be ironed out. He assured this news entity that the Ministry is cognizant of the security concern while adding that the installation of cameras will be done to augment the other security mechanisms that the entity has planned.

Five overhead pedestrian crossing was constructed along the East Bank Demerara Public Road, with three located at Houston, Eccles and Peter’s Hall,. They cost US$1,034,326 (GY$2,111,990,239). B&J Civil Works was awarded the contract.