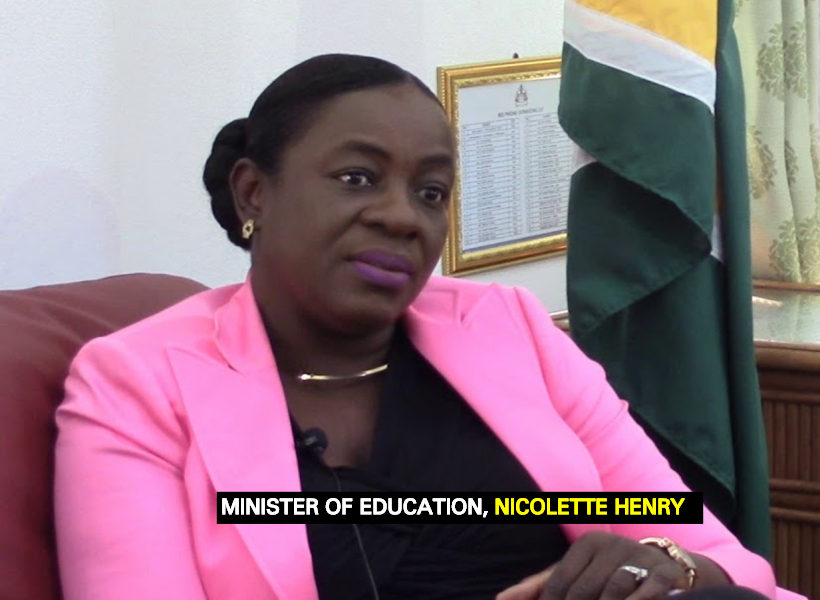 Minister of Education, Nicolette Henry, announced yesterday that the Government of Guyana has commenced the
process of a US$6.03M curriculum reform programme.

The minister made this announcement during her reading of the National Grade Six Assessment (NGSA) results at
the National Centre for Educational Resource Development (NCERD) in Kingston, Georgetown.

There, the politician noted that the reform will be extensive, and the first of its kind since 1976.

“Some of the broader issues would have to be discussed so that we could determine what a new curriculum would
(look) like.” She said.

She added that the onus will be on all stakeholders to ensure that the optimal results are obtained.

Minister Henry’s announcement comes against the backdrop of the fact that more than 50 percent of the 14,000-
plus NGSA candidates failed in three main subject areas – namely, Mathematics, Science and Social Studies. The
Ministry however, recorded a 60 percent increase pass rate in English – a six percent increase from last year.

The Integrated Curriculum Reform project is intended to improve student achievement at nursery, primary, and at
lower secondary levels. This will be achieved by implementing a phased revision of the curriculum, defined not
only as the content students are expected to learn in each subject and grade level, but also the way in which that content is taught. Emphasis will be placed on interactive, student-centred pedagogies, social inclusion and gender-
informed approaches.

The programme is being made possible through the Guyana Education Sector Improvement (GESIP) project.