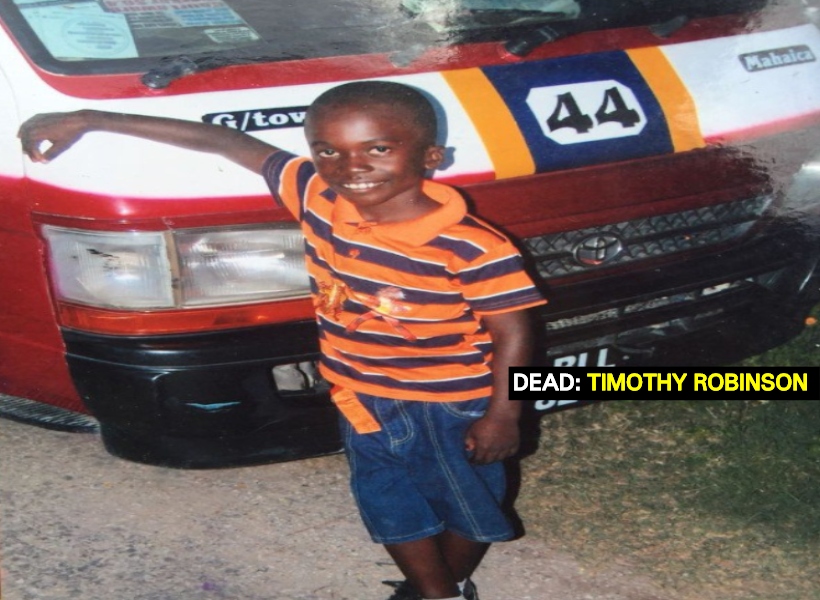 Family members of 14-year-old Timothy Robinson and 10-year-old Timothy Yearwood, the two cousins who allegedly drowned while swimming in a koker at Hope Beach, East Coast Demerara (ECD), are insisting that “there is something fishy about their deaths.”

For one, they claimed that the two boys of Mosquito Hall, Mahaica, cannot swim and as such, they do not believe that they would plunge into the koker. The cousins left their home on Monday with two of their friends and never returned. On Tuesday, Robinson’s body was discovered on the Hope foreshore but the 10-year-old body has yet to be found.

Their relatives claimed that the two friends did not inform family members that the cousins had drowned. They, however, alleged that they were all playing when the two young boys disappeared.

The Guyana Standard was told that after the cousins were nowhere to be seen, the friends left the koker and went to inform their relatives. The mother of the 14-year-old, Donna Scotland, told this news agency that she was not at home when her son left the house.

“I went out and when I come home, I sent my nephew to look for him and when he come back, I see he had my baby clothes in his hand and I started crying.”

The woman said that when she spotted her son’s clothes, she knew something bad had happened to him.

“They come and tell me my child drowned. Everyone telling me different, different story…I don’t know what to believe,” Scotland muttered as she cried.

The 10-year-old’s mother, Norma Singh on the other hand, explained that she left her son along with his two younger siblings and an aunt, Coreen Yearwood, and went to work. However, around 10:30 hrs on Monday, someone called her with the horrifying news.

“I left work and I went home right away but everyone saying different things. I still can’t find my child’s body,” the woman lamented.

When contacted, the aunt and caretaker of the children related that she put the lad to help out with some chores around 09:30 hrs—that was the last time she saw him.

“I was looking around for him after I didn’t see him and after he ain’t coming, I tell myself that he probably playing in some corner,” the woman said. However, about two hours later, someone informed her that the little boy had drowned.

The relatives are calling on the police to conduct a thorough investigation.