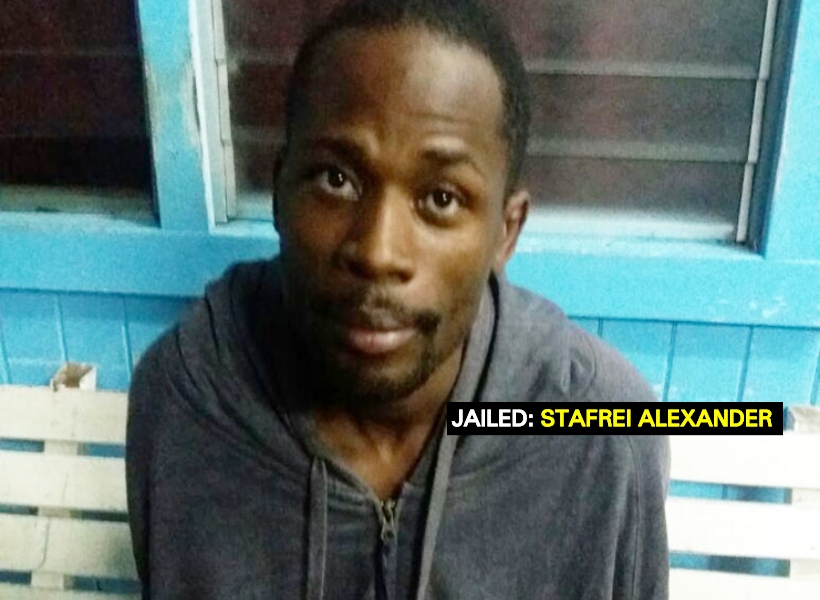 Stafrei Alexander gets life sentence over near death shooting of man

Stafrei Alexander, who was among the high profile prisoners who broke out of the Camp Street prison last year, was this afternoon sentenced to life imprison.

A jury found him guilty for attempted murder.

On March 23, 2015 in the county of Demerara, he discharged a loaded firearm at Curtis Thom with intent to commit murder.

Thom had held a christening at his Laing Avenue, Georgetown, residence to welcome his baby daughter.

When the event ended and the guests left in the wee hours of March 23, 2015, Thom went to the back of the property to clean up and feed his dogs.

Moments later, Alexander walked past Thom and grumbled something which Thom did not hear.

But as Thom was entering his house in a backward position, he saw Alexander standing next to him holding a shine gun.

Alexander shot Thom twice and the victim collapsed to the ground and began bleeding.

The injured man underwent surgery and was hospitalized for seven weeks. Thom was able to see his shooter with the aid of lights attached to his home and surrounding buildings.

The life sentence was handed down by Justice Sandil Kissoon at the High Court in Georgetown.

This was Alexander’s second trial for the offence. His first trial, before Justice Brassington Reynolds, last year October, ended in a hung jury.

In other words, the jury was unable to arrive at a verdict.