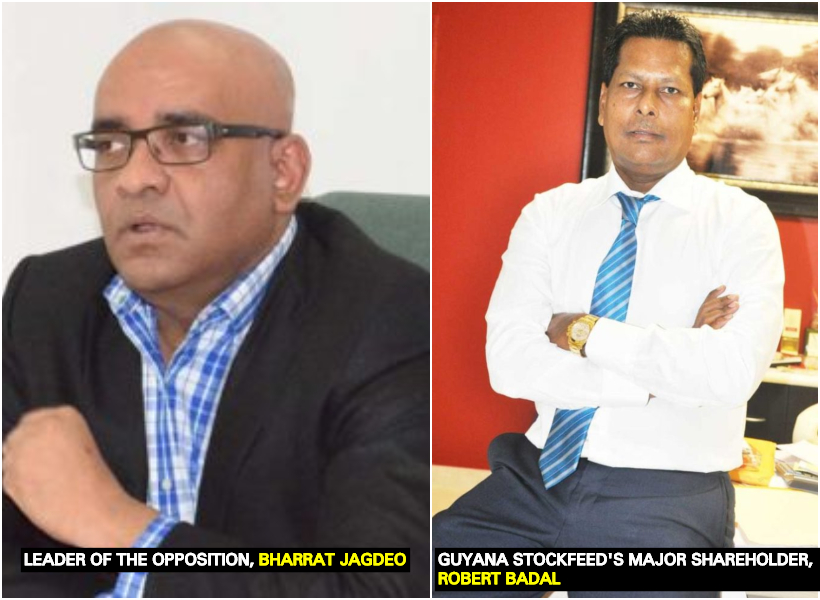 The Leader of the Opposition Bharrat Jagdeo, is of the firm opinion that the David Granger-led administration would have done little or nothing in the case to regain the nation’s full 38 percent shares within Guyana Stockfeeds Incorporated.

Jagdeo, who earlier this month told the media that government shares had plummeted from 38 percent to seven percent, has labelled the occurrence as “unusual happenings”. He has since asked the government to explain how it lost 31 percent control of the company.

In his usual style, the former President criticized the government, saying that it deliberately let the shares slip through its fingers because the major shareholder of the company, Robert Badal, is “a known financier” of the Alliance for Change (AFC) – which makes up one half of the governing coalition.

Badal, in another section of the media, flatout called the former President a liar; saying that he was up to no good, and is only seeking to cause mischief. He added that Jagdeo is aware of the government’s reduction of shares, and is puzzled why the politician would make claims.

The Guyana Standard understands that the Jagdeo-led regime, would have moved to the courts in 2000 to have Badal reinstate the shares – which was done via the judge’s ruling.

Badal however, last year, appealed the case and was victorious.

However, Jagdeo maintains that the government had some arrangement to deliberately alter the outcome of the case.

“I was told that Badal – who is financier and campaigner for the AFC – has discussions with the big wigs in government and they did not put up a proper defence. I’m not sure if there was any defence to the case. So by default, we lost the case. So we did not defend the government’s right to this 38% shares that was restored by the courts.” Jagdeo said.

The former Finance Minister said that the shares at that time, would have been valued about US$1M. Now he said, it is worth about US$5M.

“Why didn’t the government, if it had lost a case there, why didn’t they appeal it in the CCJ (Caribbean Court of Justice)? We’re talking about $5M of taxpayers’ resources. It’s all gone to Badal now. They’ve accepted it. They didn’t appeal it further to the CCJ and I’m not even sure if they put up a defence.”

The politician has since threatened to issue a release which he says, will reveal Badal’s “other dealings”.

However, Jagdeo is yet to do so.