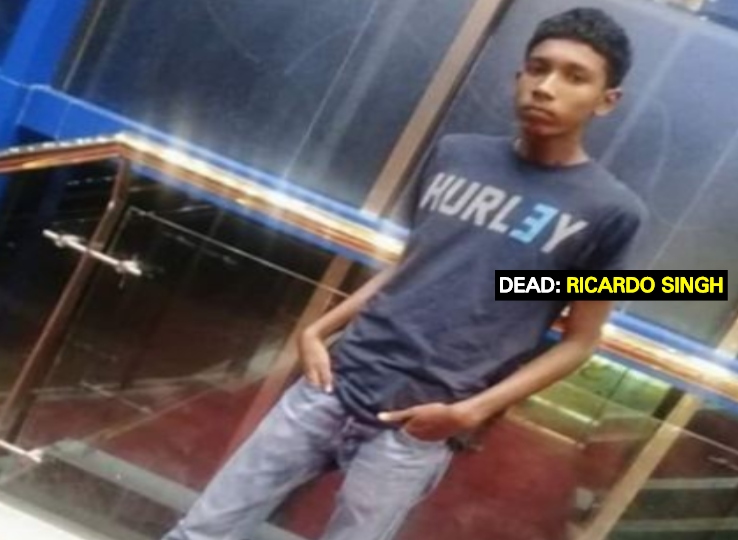 A 15-year-old boy lost his life around 01:00 hrs this morning when he was stabbed to death at a wedding house in Soesdyke, East Bank Demerara (EBD).

The victim has been identified as Ricardo Singh of Lot 63 Block 1 and 2 Diamond Housing Scheme, East Bank Demerara. Singh was stabbed to the abdomen and was pronounced dead on arrival at the Diamond Diagnostic Centre.

According to information received, the victim and his friends got into an argument with a group of teenage boys at the wedding house during which he was stabbed to the abdomen. Another person was also wounded. The police said that they have arrested two persons who are assisting with the investigation.

The teen’s mother, Elaine Singh, told the Guyana Standard that her son got up yesterday morning and helped out a little in the house. He then left his home to visit a friend in the same village. The mother said that she had no idea that her son was going to a wedding.

At 21:00 hrs last night, when the teenager did not return home, Singh said that she tried calling his phone to inquire about his whereabouts and but all calls went unanswered.

“He didn’t come home the entire night and I tried calling him the next morning too but he did not answer,” a crying Singh said while adding that one of her son’s friends visited her home around 10:30 hrs this morning to inform her that the young man had died.

The mother is disappointed that her son’s death was conveyed to her by teenage boys instead of ranks from the Guyana Police Force.

“I don’t know what to believe because some of them have different versions of what happened. One time he was stabbed during a robbery and another it was during a fight,” an upset Singh stressed.

The relatives are calling for a thorough investigation to be conducted so that justice can be served as quickly as possible.

The young Singh would have celebrated his 16th birthday next week.