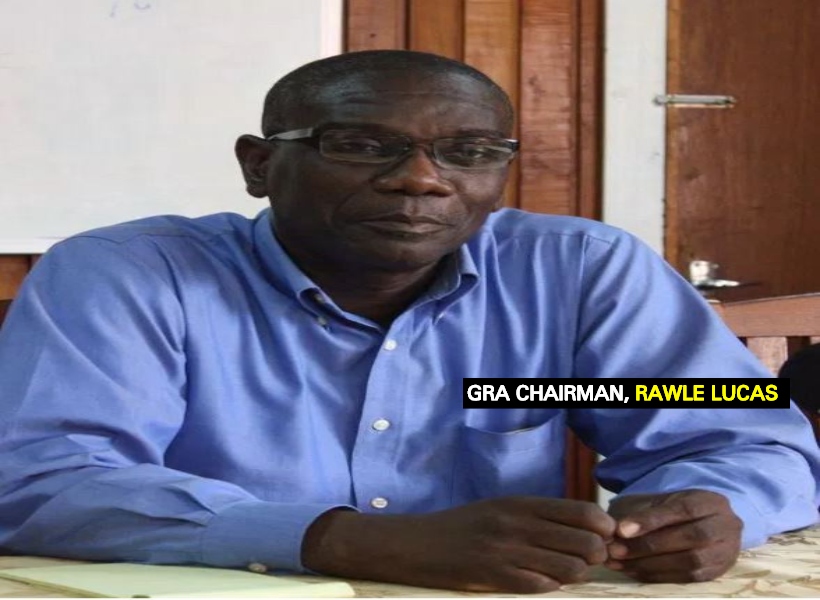 “With every instance of corruption we discover, it becomes clearer to me that the Guyana Revenue Authority (GRA) was never designed to improve the lives of Guyanese. It was designed to funnel money into the pockets of those who were running it.”

Those were the words of GRA’s Chairman, Rawle Lucas during a recent interview with Guyana Standard.

Lucas said, “The network of corruption in this entity is very thick and wide. There are more things to uncover and we will continue to expose it. It will take us a few years to disinfect GRA.”

The GRA Chairman noted however that he and his officers are not daunted by the work needed to minimize the levels of corruption at the entity. He remarked, “We intend to look into every nook and cranny and find the various nodes of corrupt networks…”

Further to this, Lucas said he has observed commentaries that the revenue authority may be overwhelmed. On one hand, the authority is on a mission to remove corrupt elements within its agency. On the other, it is tasked with transforming the agency into a more efficient and technologically advanced one.  But Lucas insists that the agency is not under pressure.

“Indeed, we have so much cleaning up to do while preparing for oil and transforming the entity but we can apply our resources strategically. It is a question of if we have enough money to do things at the rate we want to. Remember, GRA is still part of the national system…”

It was only last week that GRA uncovered a racket involving the use of forged driver’s licences, certificates of compliance and registrations. At the centre of this scam were some of its trusted officers.

GRA’s Commissioner General, Godfrey Statia said that several officers who were found to be part of the racket have been sent home while others are willingly giving evidence. Statia was unable to say how long the scam has been taking place but promised that he would be looking into the issue. He also revealed that his officers were not acting in isolation. They had the help of members of the banking sector. (SEE LINK FOR THAT STORY: http://www.guyanastandard.com/2018/07/06/banking-officials-were-in-on-gras-forged-drivers-licence-registration-racket/)