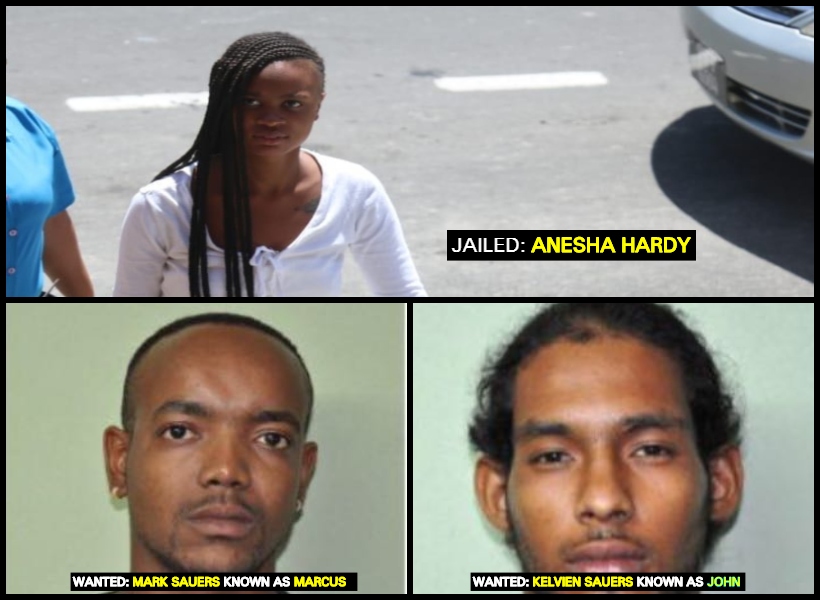 Facebook
Twitter
Google+
Pinterest
WhatsApp
A teenager was this afternoon sentenced to three years imprisonment and fined $1.4 M after she pleaded guilty to attempting to take 702 grams of cocaine to New York through the Cheddi Jagan International Airport, Timehri.
Nineteen-year-old Anesha Hardy of 235 South Ruimveldt, Georgetown, appeared this afternoon before Chief Magistrate Ann McLennan in the Georgetown Magistrates’ Courts.
She pleaded guilty to the charge which alleged that on July 6, last at the Cheddi Jagan International Airport, she had in her possession 702 grams of cocaine for the purpose of trafficking.
Facts presented by Custom Anti Narcotics Unit (CANU) Prosecutor, Konyo Sandiford, stated that on July 6, the teen was an outgoing passenger on BW 526 at CJIA destined to JFK New York.
Prosecutor told the court that the teen was intercepted by a female CANU officer who instructed her that she had information that she had ingested cocaine pellets.
The officer then cautioned Hardy and she denied the allegation. She was then escorted to a City Hospital where an x-ray was conducted.
The examination revealed foreign objects in her stomach. She was then admitted as a patient at the institution and between the periods July 6 and July 9 she excreted a total of 119 pellets suspected to contain cocaine.
The cocaine pellets weight 702 grams.
The court heard that Hardy made several oral and written statements outlying the details of how she ingested the cocaine and the two suppliers.
The Prosecutor added that the young woman was taken advantage of by two men who are season cocaine suppliers and traffickers.
Hence CANU is now searching for two men who are the main suspects in the investigation.
These men have been identified as Kelvien Sauers, also known as John.  His last known address was 327 Fourth Street Success, East Coast Demerara and Mark Sauers also known as Marcus of Lot 1 Ogle East Coast Demerara and Second Street Liliendaal, Georgetown.
Anyone knowing the whereabouts of the two suspects is asked to contact CANU on 227-3507 and 226-0431
The unremorseful teen when asked by the Magistrate if she would like to say anything responded in the negative.
Hence, she was sentenced to three years imprisonment and fine $1.4M.