Home News Finance Govt. has no proof that Guyana lost $200B through corruption under the... 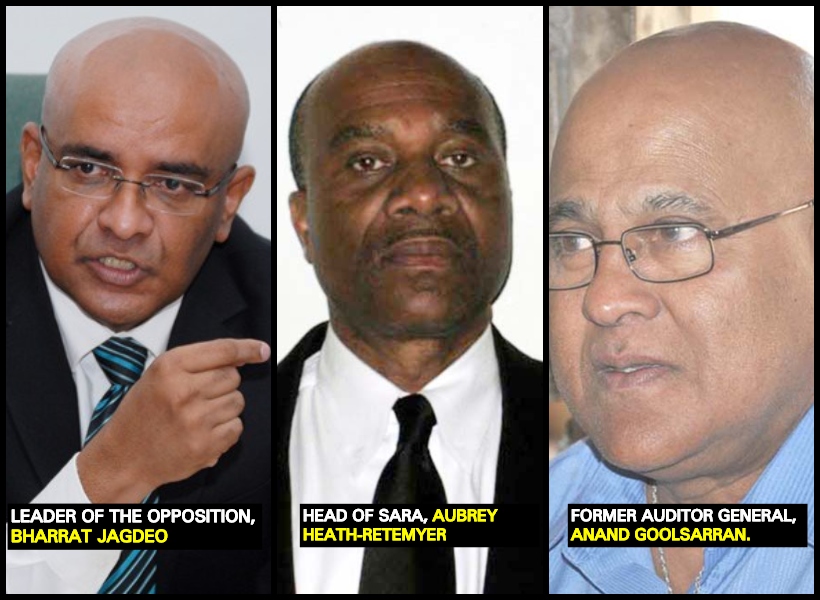 Leader of the Opposition, Bharrat Jagdeo, says that the Government of Guyana, has no evidence to support its claim that the nation would have lost some $200B in state assets through corruption under the People’s Progressive Party/Civic (PPP/C).

He is therefore contending that the government – through comments made by the Head of the State Assets Recovery Agency (SARA), Aubrey Heath-Retemyer – is trying to dupe the nation.

Jagdeo’s denial of corruption under his government comes against the backdrop of Heath-Retemyer’s allegation that $28B and $35B would have been lost every year between 2010 and 2014 due to procurement fraud; in illicit capital flights; and from the underground economy (drugs).

During a recent press conference hosted at his Church Street office, Jagdeo condemned these allegations; saying that the utterance was part of a political stunt orchestrated by the government to garner political millage.

The former Head of State said that he would have commented on this issue “a million times”, and that the money being lost was part of an allegation leveled against the PPP/C by Chartered Account and former Auditor General, Anand Goolsarran.

“This is a blatant lie because he (Goolsarran) will have to say where the money was lost and from which project. He will have to say that on X Project, we lost a billion on, and on Y Project, we executed in a particular fashion so we lost half a billion there – he has no details; absolutely nothing! It is a figment of his imagination,” Jagdeo declared.

He went on to say that – hypothetically – if  $28 to $35 billion was lost then, then that figure is greater under the present government because the “stealing has increased by a hundred-fold.”  But even he provided no evidence to prove his claim.

Despite Jagdeo’s argumentative mode, at least three PPP Members of Parliament were slapped with corruption charges.