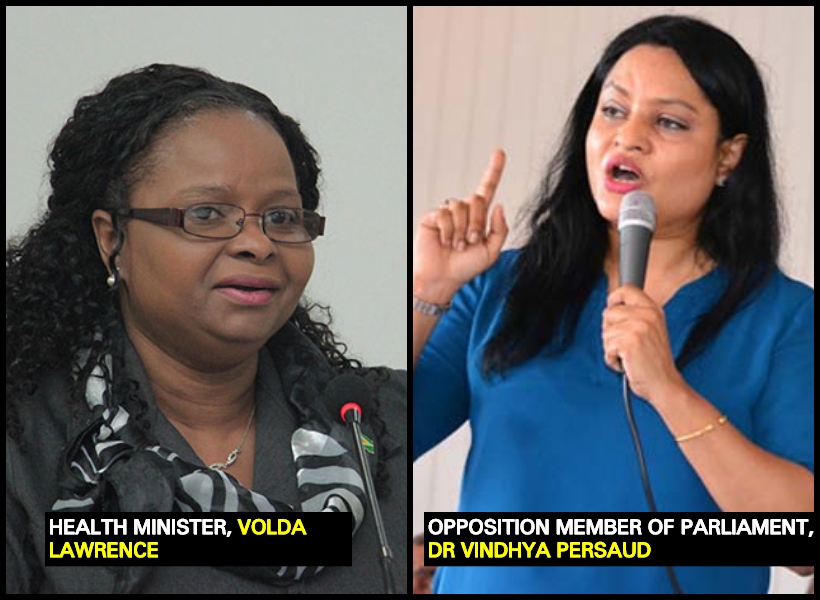 The Georgetown Public Hospital Corporation (GPHC) has record 119 neonatal deaths during the period June 1 2017, to June 30; 2018.This number translates to 10.3 percent of the 1,115 admissions that were done during that period.

This is according to the Health Minister, Volda Lawrence, during her response to queries made by Opposition Member of Parliament, Dr Vindhya Persaud during the 90th Sitting of the National Assembly earlier today.

Neonatology is defined as a subspecialty of pediatrics that consists of the medical care of newborn infants, especially the ill or premature new-born. Dr Persaud enquired from the minister about the measures that are being put in place to address the “increase” in neonatal deaths at the Neonatal Intensive Care Unit (NICU) of the GPHC.

The Minister told the house that there was no increase. In fact, she said that the number is consistent with that being produced over the years.

“During the period, there was no increase but rather the same line,” she said.

Acknowledging that “even one death is too high”, the Minister stated that the ministry continues to work to put measures in place to bring the number down to zero.

Quizzed on whether the Ministry and the GPHC would have investigated the cause of these deaths, Lawrence could not provide an answer at the time. She requested that the question be put in writing and the answer be provided at a later date.

Dr Persaud also asked if investigations were done following the deaths to which Lawrence responded in the negative; nothing that every case is reported and a report is prepared and reviewed by the Child Mortality Committee. This body comprises of persons within the government and private sector.

She added that if the report shows any discrepancies, then further investigations are done. However, no special investigation was launched since there was no increase in deaths. The Health Minister noted also that the ministry employs routinely, several practices to address infant mortality at the GPHC.

“The NICU is cleaned thoroughly and sterility checks are done after cleaning, blood culture results from the NICU are also reviewed.  Once that is done, then there is a review of all cleaning protocols and hygiene compliance audits are done by the Quality Improvement Department,” she said.