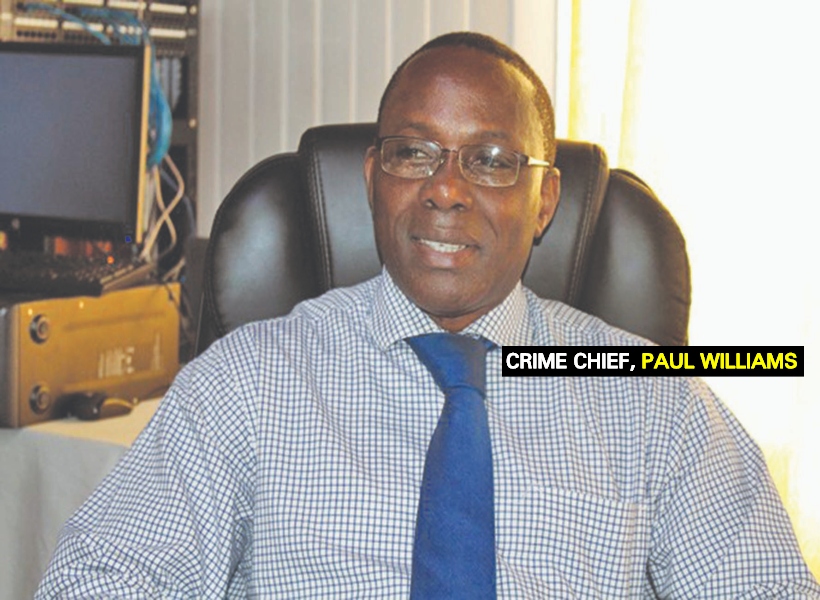 Crime Chief, Paul Williams has come under fire for lashing out at the guard, who was involved in a confrontation with junior Minister of Natural Resources, Simona Broomes and her driver at a Providence, East Bank Demerara (EBD) establishment on Sunday.

Firstly, Williams claimed that lower level staffers in security companies need more training, especially when dealing with firearms—he made this comment even after surveillance footage revealed that the guard did not aim his gun at the Minister.

He then insisted that “it is within your own judgment and sense if you see a vehicle of certain standard and class, right there and then, it speaks out as somebody…whether the person is a minister, a gold dealer, a businessman or a drug lord.”

The Crime Chief’s comments came even after Minister of Public Health, Volda Lawrence apologized to the security personnel for her colleague’s behavior.

William is the only person who has lashed out at the security guard after surveillance footage showed that the minister lied and caused him to be detained for 16 hours.

In response to the security footage, the Crime Chief said that he saw when the Minister’s driver exited the vehicle and removed the “No Parking” sign and got back into the SUV when he was stopped by the guard.

“I see the driver, maybe, tried to explain to him (guard) but he (guard) was irate—maybe feeling like the sign was being removed without his permission…then the minister came out, maybe she was a little thing…a little upset,” the Crime Chief said.

He added, “From the time she identified herself as a minister, he as a security guard, (his) tone has to be changed.”

Based on the footage seen by the Guyana Standard, the Minister and her driver were throwing around the “No Parking” sign and barricades when they were prevented from parking in the restricted area.

According to information received, the minister was prevented from parking in that area because several persons had been robbed and their vehicles had been broken into due to the fact that no guards are usually at that spot.