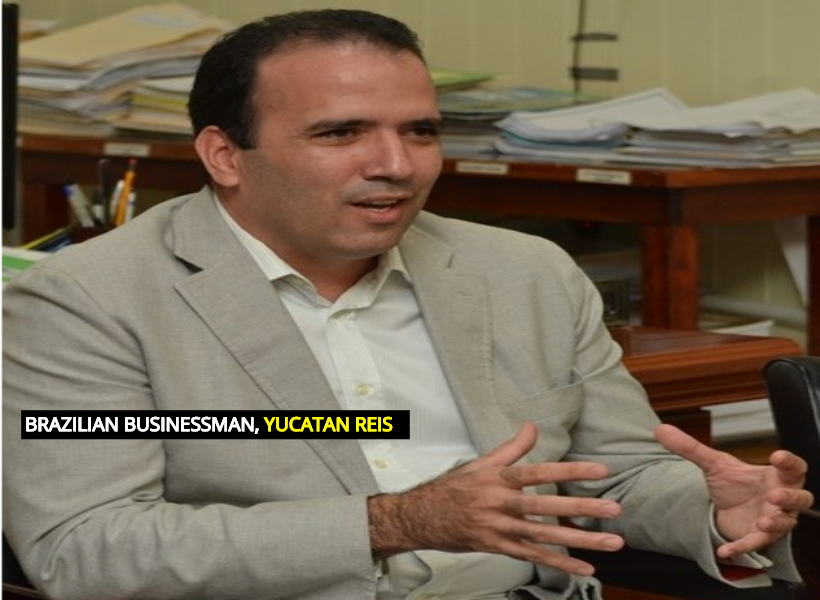 Almost five years after his company abruptly pulled out of a US multimillion-dollar investment, controversial Brazilian businessman, Yucatan Reis is here again. This time, he forms part of a delegation that has expressed interest in investing in Guyana’s emerging energy sector.

However, a controversy had erupted over the granting of this permit, since it was unearthed that the then Natural Resources Minister Robert Persaud, granted permission for Geological and Geographical Survey (PGGS). This gave the company the right to occupy 2.2 million acres of land to conduct geological and geophysical surveys for rare earth elements for a period of 36 months.

The clause enabled MBVI – anytime during the duration of the operation– to apply to the Guyana Geology and Mines Commission (GGMC) for a maximum of 18 prospecting licences once it satisfies attendant requirements. The clause also stated that the application shall be granted on a priority basis.

After much scrutiny, Persaud was cast into hot water and accused of lying to the Natural Resources Committee of Parliament over the provisions of the permit given to MBVI.

The debacle led to the company pulling out and scraping its local investment venture, citing that even though the process was legal and transparent, the “misinformation, prejudice and hostility” towards the company left it no choice but to abandon ship.

Two years later, the Panama Papers was leaked and Reis was listed a businessman linked to Guyana.

He was listed as a beneficiary of Equatorial Project Management and Engineering Enterprises Ltd – a company according to the database – that was labelled as having a “Bad debt account”.

Now, Reis want in again. He was yesterday among a team of Brazilian investors that met with Minister of State, Joseph Harmon, expressing interest in long-term investments in the oil and gas, public infrastructure and business Sectors.

During the meeting, it was noted that Minister Harmon committed to further discussions with the team expressed Government’s commitment to collaborate particularly in the Public Infrastructure sector, as part of its preparatory efforts for the emerging oil and gas sector.

It was noted that Harmon committed to arranging a “special meeting” with the team along with Minister of Public Infrastructure, David Patterson to discuss possible projects.

Just last month, A Memorandum of Understanding (MOU) was inked between NF Agriculture Inc. and investors of Lucas do Rio Verde, located in the Brazilian State of Mato Grosso, which will see the commencement of an agricultural village in Guyana’s Intermediate Savannahs.

Reis is listed as the President of NF Agriculture Inc.