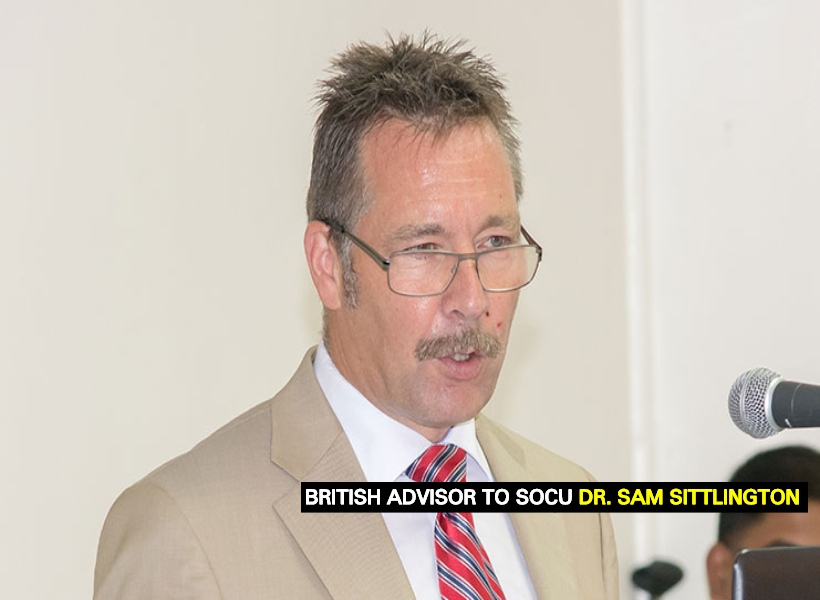 British Advisor to the Special Organized Crime Unit (SOCU) Dr. Sam Sittlington, says that the slothfulness of the judicial system in Guyana is responsible for the lengthy wait for prosecution in fraud cases. The corruption specialist during a recent seminar hosted for parliamentarians, expressed this opinion while noting that the  wheel of justice is moving “frustratingly slow.”

“It is frustrating in Guyana, that the court system is so slow. I think there are number of cases in the court which have been stalled and we are awaiting the decision from the court on those cases. That is frustrating,” he told Members of Parliament (MPs) during the engagement.

Sittlington noted that there are more than two dozen cases before the police legal advisor, with only four before the courts. The system needs to work faster, Sittlington posited.

Junior Finance Minister Jaipaul Sharma, told the specialist that the public is anxious and in some cases, growing impatient. He added that prosecutions are still to be seen from the many forensic audits that were conducted into various government agencies, where many instances of corruption and fraud were documented and revealed.

Quizzed on the duration of fraud cases in other jurisdictions, Sittlington replied, “Generally, fraud and money-laundering cases will not be in court after two years because of the complexities of gathering evidence and putting the evidence together.”

He noted that some money-laundering cases are over within six months.