Home News ‘We didn’t come into gov’t for issues like this’- Minister Lawrence on... 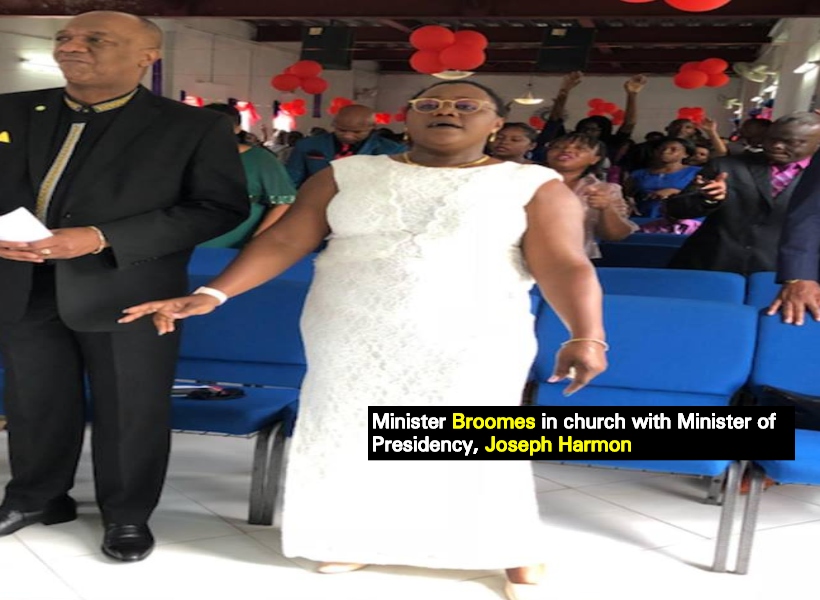 On Wednesday, when Minister of Police Health, Volda Lawrence apologized to the security guard, who was involved in a confrontation with her colleague, Simona Broomes—she was doing so on behalf of her party, the People National Congress Reform (PNCR).

Speaking to reporters yesterday, the minister said, “We didn’t come into government for issues like this, we came in to make a change.”

She further explained that she went to the New Thriving Restaurant at Providence, East Bank Demerara (EBD) to dine on Wednesday night when the security guard approached her and related what had happened.

Having listened to the guard and looked at the surveillance footage of the confrontation with junior Minister of Natural Resources, Simona Broomes and her driver on Sunday night, Lawrence said that she found it fitting to apologize.

Meanwhile, Minister Broomes when questioned about the incident, responded, “I don’t know what you are talking about.”

The minister had alleged that the guard pulled and aimed his gun at her Sunday night—this cause the security personnel to be detained for some 16 hours.

Surveillance footage however, did not show the guard pulling a gun at the Minister. Instead, the minister and her driver were seen throwing around signs and barricade when they were informed they could not park in the “No Parking Zone.”

Based on the footage seen by this news agency, the Minister’s vehicle—a Black tinted SUV, drove up to an area where there was a “No parking” sign. The driver came out and removed the sign before returning to the vehicle.

Upon seeing this, the first security guard approached the vehicle. The Minister’s driver almost ran him over when he tried to quickly place back the “No Parking” sign—blocking the SUV from driving forward.

The driver was then seen exiting the vehicle. He approached the security guard and the duo had an exchange of words. The driver was seen picking up and tossing the ‘No Parking” sign as he quickly got into the vehicle and attempted to drive into the restricted area.

By now, another security guard had joined his colleague and the two men tried to prevent the Minister’s driver from parking in the area.

At this point, the Minister got out of the vehicle and both she and her driver were seen throwing around the barricades. Broomes was seen making some gesture to the two security guards. It appears as though she was aggressive.

The Guyana Standard was informed that the security guards tried to explain to the Minister that the area where they wanted to park was not safe—and as such, it is advisable to park in the parking lot where the guard can keep an eye on the vehicle.