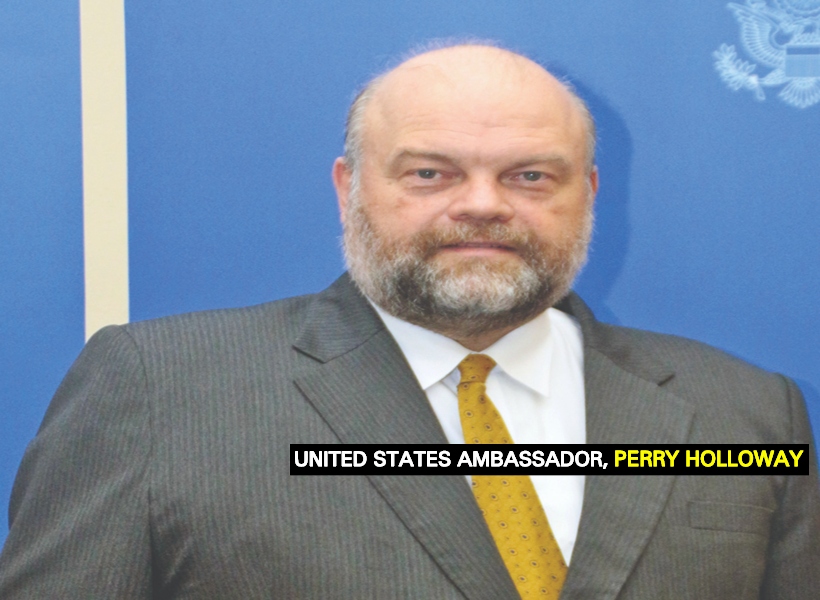 By 2020, Guyana is expected to receive billions of dollars in oil revenue. But this massive scale of wealth will require that Guyanese hold elected officials and even domestic and international companies to a high level of accountability. This remark was recently made by USA Ambassador to Guyana, Perry Holloway during his address at the 242nd Independence Day celebration of America. The event was held at the Marriott Hotel.

There, Holloway spoke at length about the significance of the oil find in the Stabroek Block by USA oil giant, ExxonMobil. The envoy noted that Guyana holds a high placement in the list of top 25 countries of the world in terms of confirmed reserves. He said that Guyana is ahead of countries like the United Kingdom, Colombia, and Trinidad and Tobago.

Holloway said, “With a couple of more discoveries, Guyana will pass Norway. This is serious business. When Liza 1 begins producing in early 2020, it will produce 120,000 barrels a day. That is more than all 100 oil wells in Trinidad produce in a day…My point is that Guyana’s historic problem of not having the funding to do the things that need to be done will not be an issue. But even with funding, more accountability will be needed.”

He continued, “As in any democracy, you need to hold your elected officials accountable, as well as domestic and international companies operating in your country. That said you also need to analyze and make decisions based on facts and reality, not fiction and surrealism…”

Holloway added, “There is no scenario after initial investments are recovered, where Guyana gets less money than its partners…In fact, Guyana’s real challenge will not be how to get more money from its future partners, but rather how to spend the money it will get because it will be a lot more than Guyana has now.”

Irrespective of the challenges that lie ahead, Ambassador Holloway assured that the United States will be by Guyana’s side, ready to assist when needed.