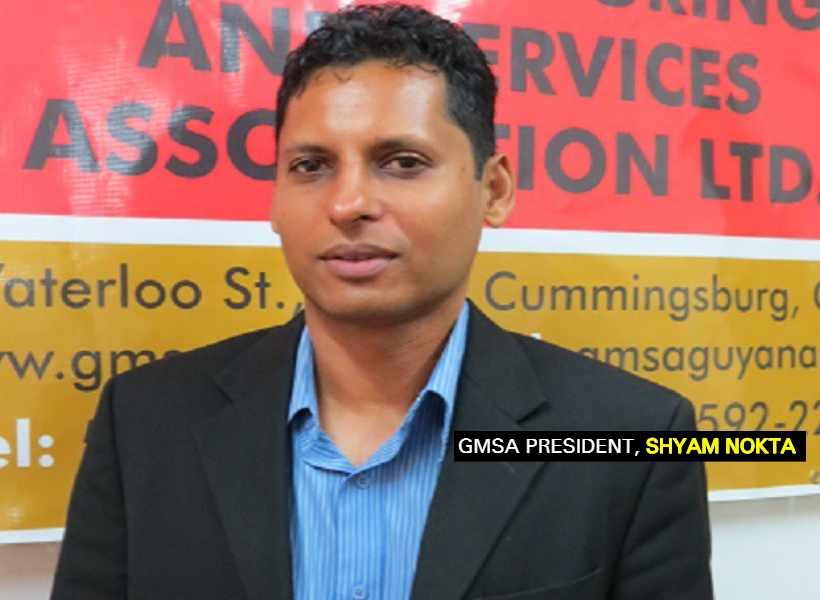 Head of the Guyana Manufacturing and Services Association (GMSA), Shyam Nokta is concerned about the nation’s alarming crime statistics which were highlighted in Guyana 2018 Crime & Safety Report. This document was prepared by the USA’S Bureau of Diplomatic Security.

At GMSA’s recently held business luncheon, Nokta opined that the statistics can also pose challenges for the oil and gas sector and the overall investment climate. He noted that every investor seeks out a business environment that is safe, and Guyana’s for the time being, is far from that.

The businessman said, “Over time, we have witnessed fluctuations in crime levels, as well as varying degrees in the severity. The causes of why crime has manifested the way it has in Guyana evoke robust debates in various circles. It could be linked to economic conditions, juvenile delinquency as well as the movement of narco-trafficking networks to name a few. Yet, all agree that it continues to have a negative impact on the business community. The crime rate is at an alarming level and we need to confront it.”

At this point, Nokta referenced some of the unflattering findings of the Guyana 2018 Crime & Safety Report.

The US report notes that the general crime rate in Guyana is above the U.S. national average. It highlights that in 2017, there was a 35% increase in overall crime but an 11% decrease in violent crimes. It also references recent information from the United Nations Office on Drugs and Crime which lists Guyana’s 2017 homicide rate as 20.4 per 100,000 people — the third highest murder rate in South America (behind Colombia and Brazil) and five times higher than that of the U.S.

The report also speaks to the unreliability of the Guyana Police Force (GPF). It pointed out that the Force has resource and manpower limitations that inhibit its ability to deter or respond to criminal activity.

“Even on the occasions when the GPF responds to a crime scene, victims are asked to go to the nearest police station to file a report and complete other investigative formalities. Confidence in the GPF is low to non-existent due to heavy-handedness, ineffectiveness, and corruption…”

The department also highlights in its report that the judicial system is strained by limited resources and often influenced by threats/bribes. It said,  “Defendants linked to drug organization often use attorneys who are effective in getting cases dismissed or postponed; as a result, criminals go free on a regular basis.”

With the aforementioned in mind, Noklta said there needs to be a national discussion on the challenges crime will pose to the investment climate and how they can be best addressed. He insists that the issue is not one to be taken lightly.