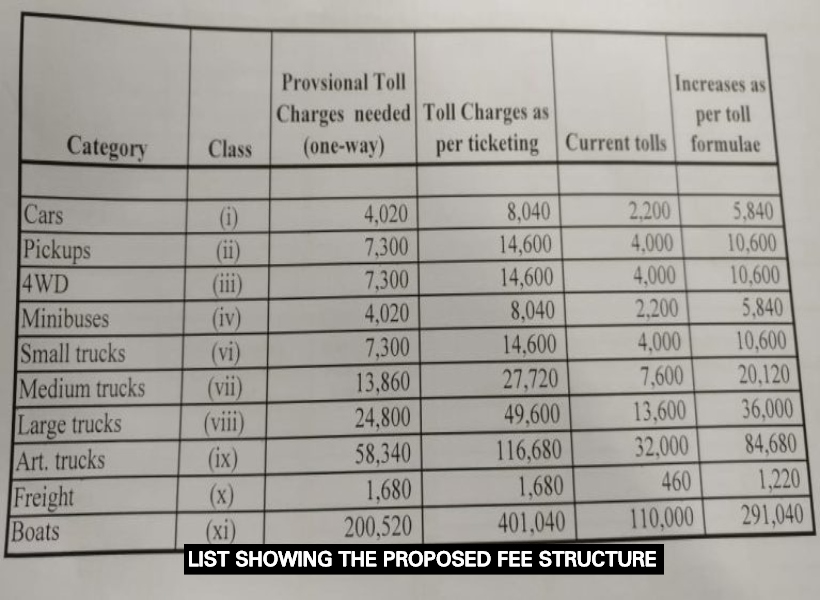 The proposal made by the Berbice Bridge Company Incorporated (BBCI) to increase tolls, has resulted in the current and former regimes blaming each other for the existing state of affairs. The government claims that the financial model that was crafted during the opposition’s tenure had been faulty. Meanwhile, the opposition believes that the government’s reduction of the tolls in 2015, was ill-advised.

The proposal set forth by the BBCI will see – in some cases – a 150 percent increase in the fees being paid by commuters to use the bridge. The structure was birthed by the Opposition – the People Progressive Party/Civic (PPP/C) – via a public/private partnership model.

With the bridge raking in an approximate $3M in daily revenue, management of BBCI says that the funds cannot satisfy overhead costs and deliver dividends to shareholders. Taking that into consideration, the company has opted for the increase in tolls.

Further, PPP/C’s leader, former President Bharrat Jagdeo says that the financial model that was crafted under his government, has provisions for two increases: one in 2014, and another sometime after. BBCI says that no increase was granted during those specified periods. In fact, there was a decrease in tolls in 2015 – one year after the tolls were expected to increase.

But Minister of Finance, Winston Jordan, is now condemning the model; saying that it was “faulty.”

“When I did my windup to this year’s National Budget debate, I indicated that some of these PPP models, taken by the previous administration, did more harm than good for the society,” he reportedly told the state-owned Department of Public Information (DPI).

Reacting to the call made by the Opposition to sell shares, Minister Jordan said this move was taken by a shareholder who sold his shares to the government in 2017. He said other shareholders may see this as a reasonable option.

Earlier this week, the BBCI made known their intention to increase the tolls citing pending bankruptcy if unable to do so. The Minister of Public Infrastructure, David Patterson, in a release, rejected the suggestion and reaffirmed the government’s position that there will be no increases to the Berbice Bridge toll.