Home News Foreign Affairs “I am well prepared for the task ahead,” – New CCJ President 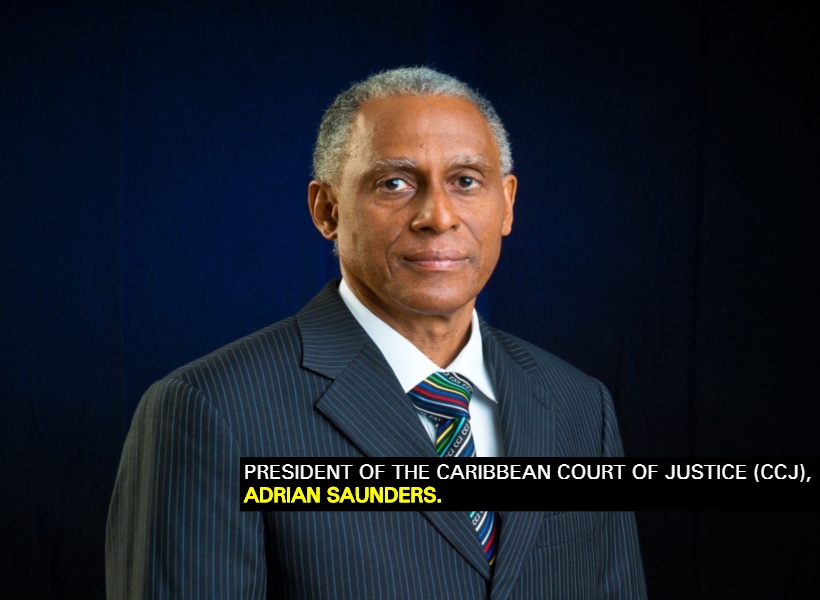 Justice Adrian Saunders, the newly-elected President of the Caribbean Court of Justice (CCJ), was honoured at a Special Sitting of the Court at the Seat of the Court in Port of Spain, Trinidad and Tobago yesterday.

In his address, Justice Saunders noted that he is prepared to pick up the baton left behind by his predecessors.

“I have been preceded in this office by two outstanding Caribbean jurists. Justice de la Bastide and Sir Dennis Byron. Each in his own unique way, has made a towering contribution to the solid platform upon which the Court now rests. I am extremely pleased that they have graced us this morning with their presence. Having been privileged to have enjoyed a close collegial relationship with each of these titans, I can say without reservation that I feel I am well prepared for the task ahead.”

Judge of the CCJ, the Justice Wit, expertly marshalled the event after delivering his own remarks. He set the tone for the ceremonial sitting with both a vigorous examination of criticisms of the Court and an endorsement of its new President.

Mr. Justice Wit noted that “it is said, and not without reason, that the Caribbean is a beacon of creativity. And I must note that the arguments, if they can be called arguments, against the CCJ as a final appellate court, show a high degree of creativity which is only surpassed by the paucity of logic. At first, it was doubted whether the Judges of the Court had the required quality and legal acumen.” He added that quickly those, and other, arguments have been disproved and noted that the CCJ, with a smaller jurisdiction, is producing judgments at a faster rate than the Privy Council.

The support was evident in the fact that “Trinidad and Tobago proudly remains the home of the CCJ, this great institution that continues to make bold strides for its age in justice”.

Opportunities for the growth of the Original Jurisdictions were highlighted by Dr. David S. Berry, Dean of the Faculty of Law, at the University of the West Indies, Cave Hill, who presented the feature address.

Dr. Berry noted “In this vein, I urge the Honourable President and the Honourable Justices of the CCJ to continue to seize every opportunity to develop and strengthen Community law. I submit that in order to push Community law and the CSME further, the Court should actively utilise all of the legal tools at its disposal. Several general principles of law already have been identified by the Court. It may now be time for them to be used more definitively, more concretely, to help decide legal issues in cases before the Court.”