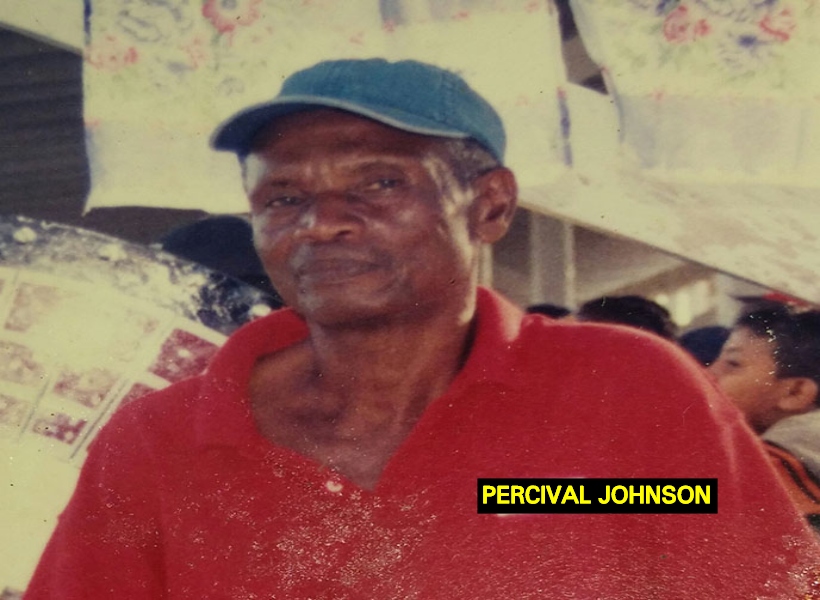 A clash between two women last week is believed to be the biggest clue in the 2015 disappearance of 76-year-old Percival Johnson.

Up until last Monday, it was believed that the pensioner of Lot 36 Sir David Street, Rose Hall Town suffered a mental break-down and wandered off some time on April 13, 2015.

However, new evidence led investigators to the pensioner’s grandson and daughter-in-law, who were living with him at the time he went missing. The couple has since been arrested and is assisting with the investigation.

The Guyana Standard was informed that sometime last week; there was a fight between the victim’s granddaughter-in-law and her sister. They were fighting over gold jewelry that was allegedly stolen from Johnson’s home when he went missing. During the argument, the victim’s granddaughter-in-law was accused of stealing $600,000 from his house. A relative overheard the conversation and went to the police station. It is unclear if the second woman was picked up for questioning.

This news agency was informed that the two women were in a room arguing while the relative was said to be in another section of the house when he overheard the confrontation. Patsy Williams, the missing man’s step-daughter said that she accompanied the other relative to the police station to make the report. “We told the ranks everything and then they arrested them.”

The woman said that when Johnson went missing, his grandson only informed relatives a week later and this was after persons started inquiring.

She further claimed that the suspect had given her a couple photographs of her deceased mother, claiming that he had broken into the victim’s house to clean it. “I tell him that he shouldn’t have break into the man house because he (victim) will come home but he said ‘no he won’t come home’ like he was convinced,” the woman told the police.

Williams related that when she asked the suspect about Johnson’s jewelry and banking information, he claimed that rats ate everything except the photographs. “I asked him how the rat gon eat the man gold them and he say how he don’t know but they eat out all the bands and so,” the woman claimed.

Although the relatives alleged that the suspect provided them with conflicting information, they never went to the police until last week.

Meanwhile, it is being reported that around the time the pensioner went missing, the police found a body but later buried it at the Hampshire Burial ground after no one showed up to claim it. Relatives claimed that a bicycle and a pair of boots that were alongside the remains belong to the missing man—and as such, the police will be exhuming the body. Once the body is exhumed, a DNA and a post-mortem will be conducted.