Home News National Toshaos Council not a political party but an arm of the... 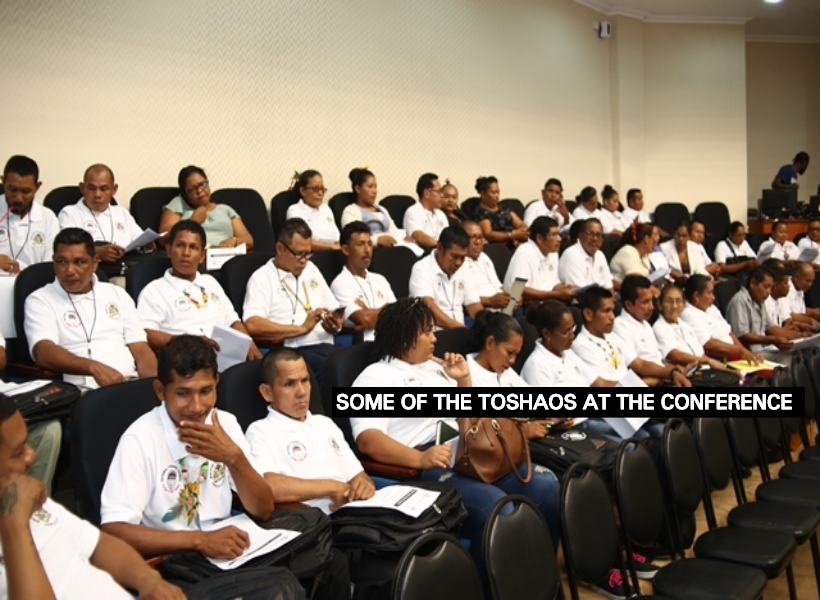 (NTC) plays an important role in the welfare of indigenous peoples.

The President who was delivering the feature address, said that the NTC is not a political party but rather, an arm of the state which serves the interest of the people in the Hinterland.

President Granger’s comments would come on the heels of accusations that the NTC is being politicised and is an open oppositionist – a claim that the Chairman of the NTC, Joel Fredericks has since condemned.

His Excellency’s statements were also made against the backdrop of utterances by the Indigenous Peoples’ Affairs’ Junior Minister, Valerie Garrido Lowe. She had called on the Amerindian Leaders to beware of “wolves in sheep’s clothing.” The minister hinted that there are plans afoot to sow seeds of discord among the indigenous peoples.

At the event today, Granger called for the establishment of village improvement plans to promote access to the available public services. The Head of State said that the conference provides the ideal opportunity for indigenous leaders to develop long-term plans that will enable these communities to adapt to modern changes. This, the President said, is especially important given the geographic challenges that the hinterland poses to the delivery of these services.

The desire of the administration to narrow the gap of inequalities between the coastland and hinterland was also restated. President Granger even re-emphasised his administration’s commitment to the advancement of education in the hinterland, while making reference to the delivery of 27 school buses, over a dozen boats and hundreds of bicycles in these communities to ensure every child attends school.

He said that the government’s vision entails indigenous communities that are solar powered, healthy and free from vector borne and other diseases, and where each citizen has access to quality education and public services.

Planning, cooperation and collaboration, the President reiterated, is key to the improvement of indigenous communities.