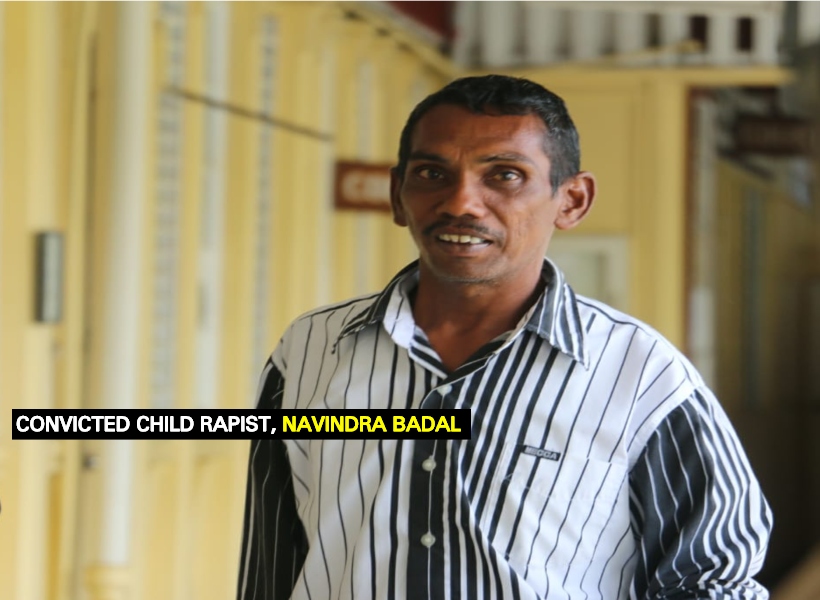 High Court Judge Priya Sewnarine-Beharry imposed two sets of life sentences, which are to run consecutively, on Navindra Badal, who was convicted this afternoon by a 12-member mixed jury for having sexual intercourse with a 9-year-old girl.

Badal was found guilty of two counts of Rape of a Child under 16 years old. He had pleaded not guilty to both charges upon his arraignment at the High Court in Georgetown. The convicted rapist was represented by Attorney-at-Law Maxwell McKay.

The offences occurred during 2016 in the County of Demerara.

Counsellor Celeste Mullin, who spoke with the victim, was called in court to read a victim impact statement.

According to Mullin, the young girl related to her that she felt sad about what Badal did to her.

The young girl related to the counsellor that she wants Badal to go to prison for the “bad things” he did to her.

When asked by the Judge if he had anything to say, Badal also known as ‘Uncle Ravi’ replied in the negative.

In arriving at a sentence for the convicted rapist, Justice Sewnarine-Beharry took into consideration that the girl was just 9 years of age when she was violated by Badal.

The Judge also related that she considered the physical, psychological and emotional scars the act has had on the young girl. Badal was sentenced to life imprisonment on each of the two rape charges.

The life sentences are to run consecutively and he only becomes eligible for parole after serving 45 years on each of the two life sentences.