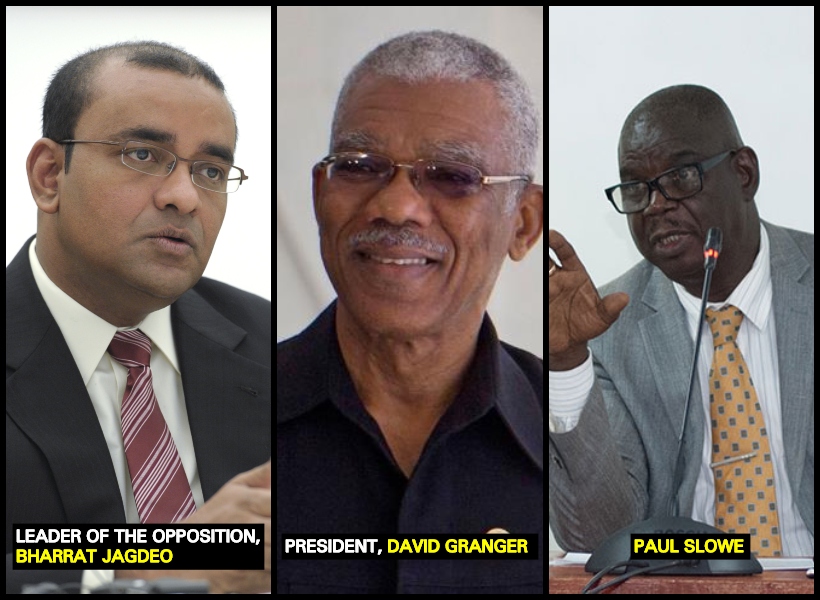 Leader of the Opposition, Bharrat Jagdeo has registered his concerns over the candidate chosen by the President to spearhead the operations of the Police Service Commission (PSC). Chief of these concerns Jagdeo said, is the fact that the nominee is an open supporter of half of the governing regime.

The Opposition Leader made his concerns known to the media yesterday following an engagement with the Head of State, President David Granger at State House.

These concerns he noted, were also expressed to the President.

Earlier this month, Former Assistant Commissioner of Police, Paul Slowe was nominated to head the Police Service Commission (PSC). The nomination was announced by Social Cohesion Minister, Dr George Norton, when he laid the 11th Report of the Committee on Appointments in relation to the appointment of members of the Commission.

Jagdeo noted that not only is Slowe a supporter of the government, but he was also handpicked some time ago to head a Commission of Inquiry (CoI) over an alleged plot to assassinated President Granger.

“Now that he will be heading the PSC, I believe he will bring two sets of baggage; one, the political approach to the job, that is judging people on the basis of politics; and secondly, he has a lot of interpersonal problems with many members of the Police Force and scores to settle,” Jagdeo declared.   The politician said that he conveyed these concerns to the President, who has promised to speak with Slowe so that he “ can act impartially”.

The Opposition Leader noted also, that he would have raised concerns with the president, with regards to the persons nominated to head the Public Service Commission.

He noted that after persons would have learnt of the identities of the president’s nominees, additional concerns were raised.

“I had an obligation to bring these issues to the attention of the President, nevertheless, I pointed out to him that it’s his call because he has fulfilled the constitutional requirement of meaningful consultation,” Jagdeo said.