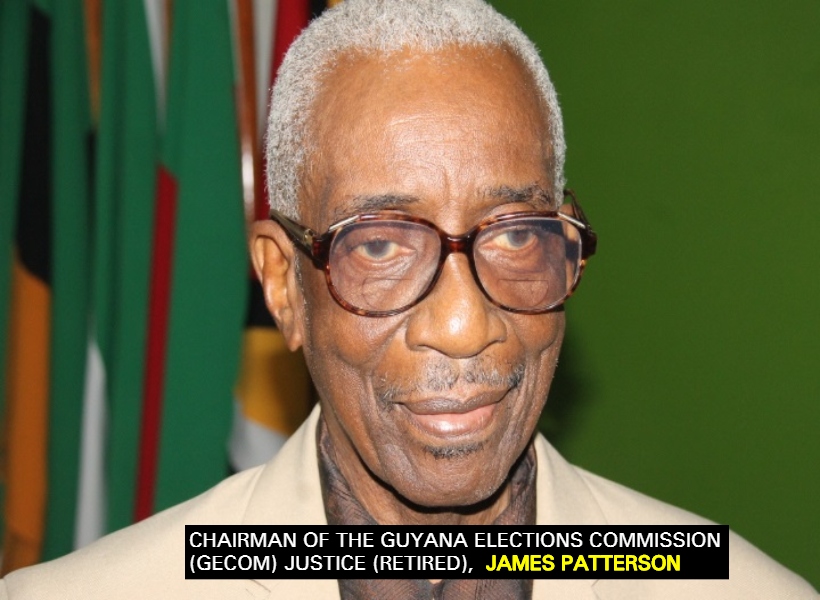 The People’s Progressive Party/Civic (PPP/C)’s request for an extension of continuous electorate registration has been denied. This was as a result of the Chairman of the Guyana Elections Commission (GECOM) Justice (Ret’d) James Patterson’s tiebreaking decision on the matter. He sided with the Government’s commissioners.

The party earlier today, noted that it wrote to the Chief Elections Officer (CEO) of GECOM, Keith Lowenfield, requesting an extension of the continuous registration exercise. In its request, the PPP pointed out that the exercise, which officially ended on Sunday, July 8, 2018, was initially scheduled to commence on May 7, 2018. However, it actually began two weeks after that date thereby shortening the period for registration.

The PPP, in a missive, said that it firmly believes that the request for an extension was crucial and reasonable given that a number of eligible registrants were unable to engage in the process due to insufficient time. The disadvantage resulting from the shortened period was further compounded by an “inadequate and ineffective public relations support mechanism”, the party noted.

During a preparatory meeting in which these concerns were raised, the PPP said that Lowenfield indicated that he would express these concerns to the commission and that there was room for an extension in the schedule leading up to the Local Government Elections (LGE).

“It was reported to the PPP that APNU Commissioner, Charles Corbin, interfaced with a senior staffer in the CEO’s Office, resulting in Mr. Corbin presenting timelines in support of a ‘no extension’ position. Coincidently, Mr. Lowenfield subsequently voiced a concern at the GECOM meeting that even a schedule with a one week’s extension would be ‘tight,” The PPP highlighted.

Despite the initial assurance, when the PPP/C‘s request for extension was discussed at the last GECOM meeting, the Chairman, Justice Patterson, cast his vote against it. The request was therefore denied by majority vote.

“The PPP is disappointed that the Chairman, despite his recent public assurances of a free and fair election, was opposed to a short extension of the continuous registration exercise to allow persons who were unable to register and carry out other related transactions, including transfers, to do so.”