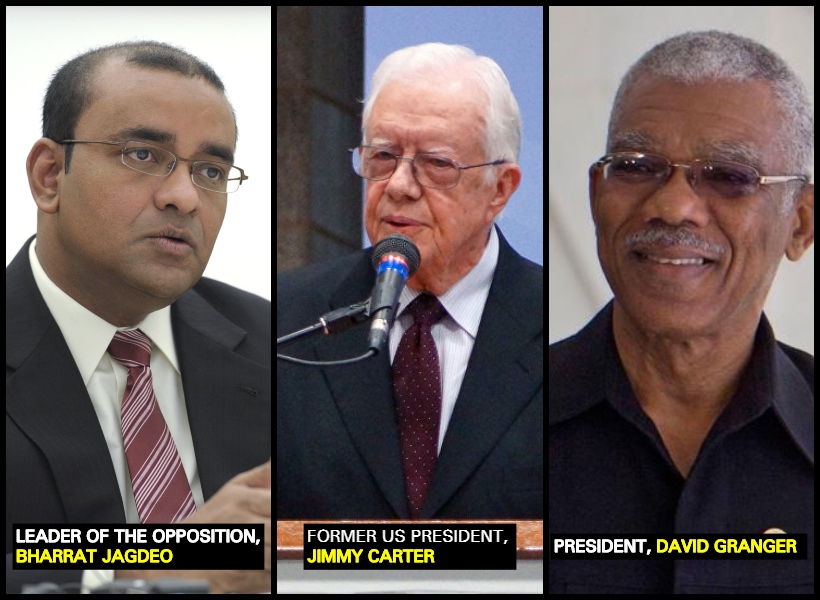 State Minister, Joseph Harmon says that government is always willing to meet with the Parliamentary Opposition to discuss matters of national importance. He noted however, that the “picking and choosing” of matters by the People’s Progressive Party/Civic (PPP/C) has always placed a red light on such engagements.

Harmon reminded that both parties have since agreed to meet to discuss matters with regards to national security, oil and gas, and the environment. This comes after an invention by US former President, Jimmy Carter. The Former Head of the US Armed Forces, had contacted both the President of Guyana, David Granger, and Opposition Leader Bharrat Jagdeo, suggesting that there be dialogue to move the country forward. Carter’s call would come after there were attempts in the past by both parties to have dialogue.

The PPP/C has reportedly objected to the Prime Minister (PM) Moses Nagamootoo – a former PPP/C member – leading the talks on behalf of the government. This objection was recently reiterated by Jagdeo at a recent news conference where he made known his lack of confidence in Nagamootoo particularly, when it comes to PM sticking to agreements.

Harmon noted today at the post Cabinet briefings, that the President welcomes dialogue and has gone as far as to suggest that he lead the talks personally.

“Because he doesn’t want any obstacles – for them to say they don’t want dialogue because of this and that – the President has decided to lead those talks,” Harmon said.

The State Minister said that some time ago, the President would had called for dialogue with the opposition. However, the party has been very selective in the matters which they wanted to deal with.

“In the appointments of boards of commissions, they have chosen which ones they will go to; at meetings that they were invited to, they would have chosen which ones they want to come to. So it’s been more of a picking and choosing by them. As far as the government is concerned, the President has always made it clear, that we are interested in dialogue and we believe that all of the resources of this country – government, opposition, private sector, and all stakeholders – are necessary for us to move this country forward,” Harmon said.