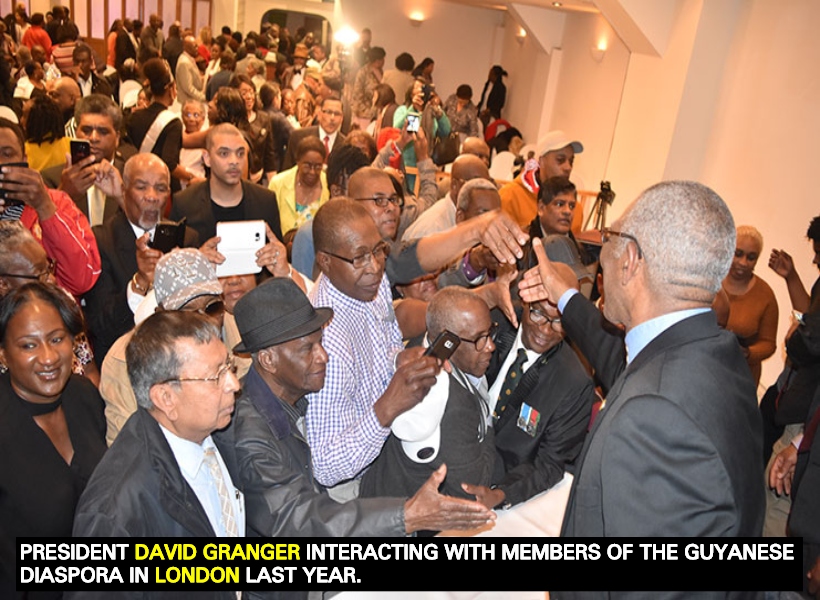 Since its completion back in January of this year, the Government of Guyana (GoG) is yet to take action on the Draft Diaspora Strategy and Action Plan. The draft was submitted for approval to Cabinet subsequent to its completion, recent media reports have indicated.

Speaking to the media at a press conference earlier today, Foreign Affairs Minister Carl Greenidge, said that the paper has been before Cabinet for the longest while but it has not been able to look at the document.

Cabinet’s inability to consider the guidelines in the paper, stems either from prioritisation, or “absent-mindedness,” the Minister said.

The draft Diaspora Engagement Strategy and Action Plan was completed by consultants from the International Organisation for Migration (IOM) and is expected to formally guide the administration’s relationship with the Diaspora. It focuses on three main operational areas–Diaspora Communities, Home Country and IT Social Media. The policy paper was drafted after two separate consultations were done, as was requested back in 2017, by a Cabinet sub-committee.

The paper was submitted to Cabinet for an analysis of the recommendations. This has to be done before a decision is made on its implementation.