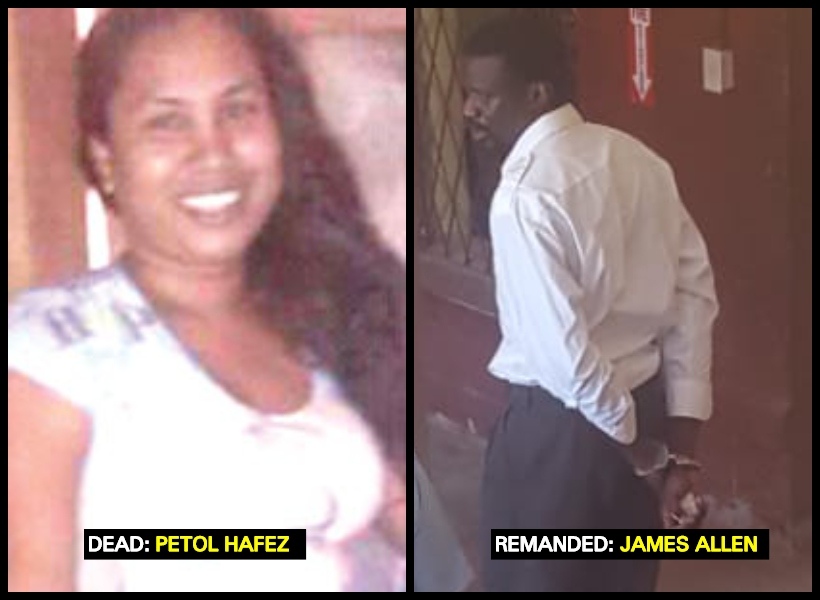 Thirty eight-year-old James Allen of Two Friends Village, East Coast Demerara was this afternoon charged and remanded to prison for the murder of Petol Hafez.

Skeletal remains suspected to be that of Hafez were found near an abandoned mining camp, earlier this month at Thomas Island, Puruni River.

Allen, who had employed Hafez to work at his mining camp, was arraigned before Chief Magistrate Ann McLennan at the Georgetown Magistrates’ Courts.

The murder accused was not required to plead to the indictable charge which alleged that between June 28, 2018 and July 8, 2018 at Thomas Island Puruni River, he murdered Hafez.

Allen was represented by Attorney-at-Law Trenton Lake and is not due back in court until August 16, 2018 when he will appear at the Bartica Magistrate’s Court.

According to reports, Hafez vanished earlier this month sometime after she ventured into the interior to work as a cook at Allen’s mining camp.

Sometime after, skeletal remains suspected to be that of the 31-year-old woman who hails from Vergenorgen, East Bank Essequibo were discovered. The police had ordered that the remains be buried pending exhumation.

Although James had been charged for allegedly killing the woman, Police have taken samples from the remains which will be sent for DNA testing to confirm the identity of the victim.

Government Pathologist Dr. Nehaul Singh found a crack in the skull, but he was unable to determine the cause of death due to the extent to decomposition.