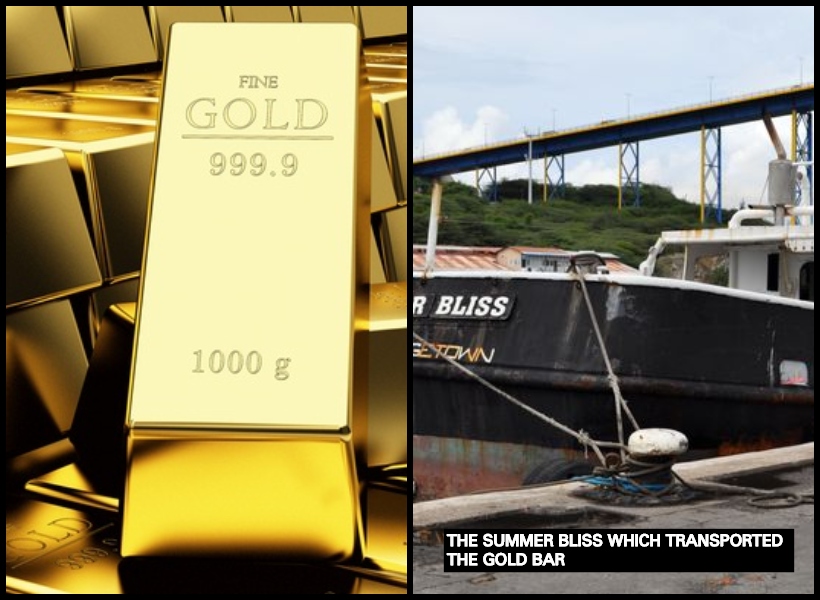 It appears that the mastermind behind the infamous Curacao gold shipment will remain unknown for good. Since the exposure of the matter in 2012, neither the Guyana Gold Board, the Guyana Geology and Mines Commission (GGMC) or the Special Organized Crime Unit (SOCU) took a second look at the case file. This is in spite of the fact that there were strong recommendations for the matter to be thoroughly investigated with an aim to prosecuting the dealer involved.

On Monday, Gold Board officials categorically stated that it is not their responsibility to look into the matter. They said it is for GGMC to do so. When GGMC’s Commissioner General Newell Dennison was contacted on the issue, he said that he received no instruction so nothing would be done. He said, “I have stopped looking at that a long time now, so long that I hardly remember what it was about. See what SOCU might be doing.”

SOCU’s Head, Sydney James was hesitant to comment on the matter. All he agreed to tell the Guyana Standard was, “SOCU was not asked to investigate the issue.”

It was on November 30, 2012, that a heist occurred in Curacao of approximately 476 pounds of gold aboard the vessel “SUMMER BLISS”. It was believed that the gold originated from Guyana. The vessel was registered at Port Georgetown as a cargo vessel in the name of Deosarran Shivpaul. His address was stated on documents as Lot 23, Tenze Firme, Canal #1, West Bank Demerara.  But the Guyana Police Force was unable to trace this person at the address which on investigation, turned out to be an empty plot of land.

Two officers from GGMC made visits to Curacao and a detailed report which was submitted to the government contained several statements and recommendations. One of the recommendations was that a thorough investigation into the matter be conducted so as to determine the safeguards necessary to prevent such shipments from going undetected. Seven years later, and the case file continues to languish on the shelves of respective supervisory bodies which are tasked with combating money laundering activities.