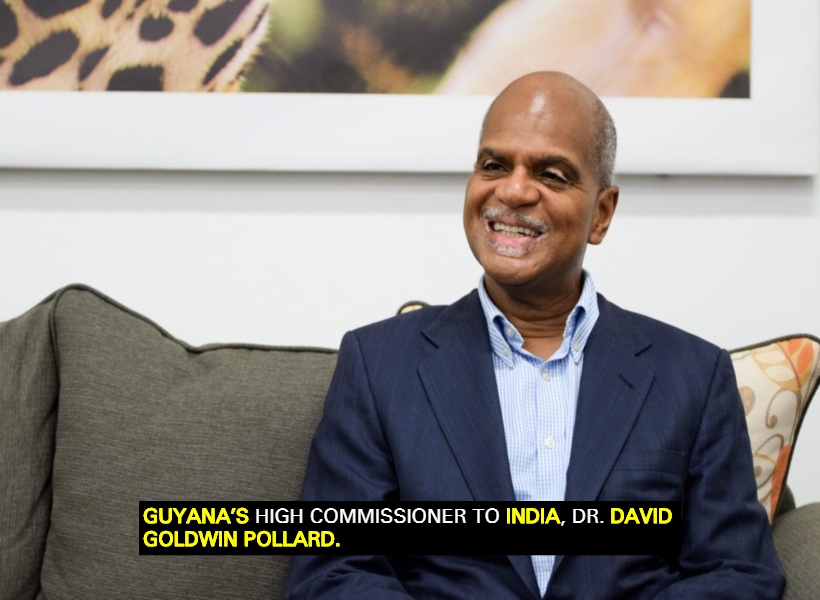 A team of Indian consultants are currently in Guyana working on the detailed design of the Ogle/ Diamond bypass road, says Guyana’s High Commissioner to India, Dr. David Goldwin Pollard.

It is expected that following the team’s assessment, the cost for the project will be better determined. However, Dr Pollard said that the cost might be “a bit more” than what was previously estimated – US$50M.

The bypass road had hit a snag last year after the two contractors that had previously expressed interest to execute the works pulled out. Funding for the project comes from a US$50M Line of Credit (LOC) from the Exim Bank of India which was signed in March 2016, between the Governments of Guyana and India.

India’s High Commissioner to Guyana, Venkatachalam Mahalingam, had stated the contractors – National Highways Authority of India (NHAI) and National Highways and Infrastructure Development Corporation (NHIDCL) – were “too big for the project”.

Dr. Pollard who is also the High Commissioner to Indonesia, Sri Lanka and Bangladesh, said that the link will feature four lanes. He added that that the project is the biggest single project in slew of works being done via Guyana/India collaboration.

Among the other projects mentioned that will see collaboration between the two countries are, the rehabilitation of the Suddie, West Demerara and the Bartica Regional Hospitals; installation of more drainage pumps along the coast, more specifically mobile ones to assist during the rainy season and the modernisation of the Lady Northcote Ferry with a modern design. Dr. Pollard noted that India possesses a wealth of experience in building these vessels.