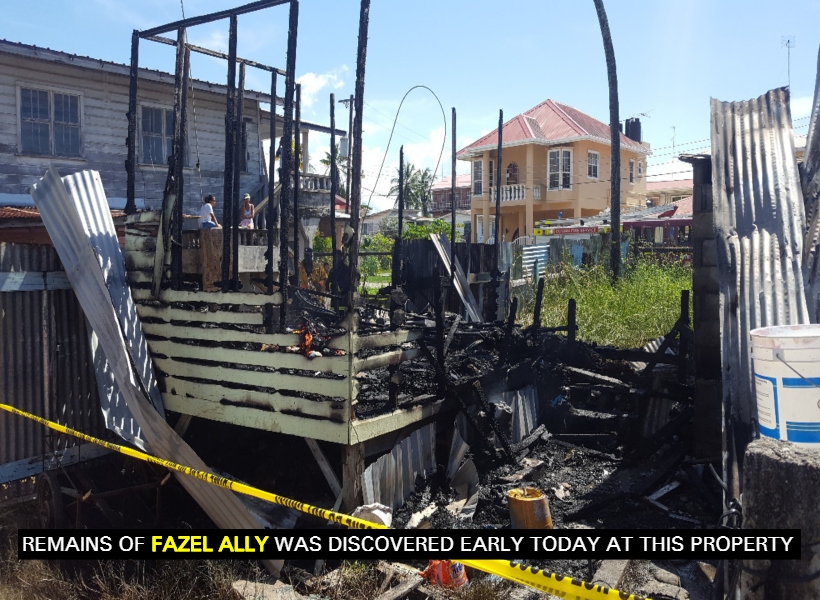 What is believed to be the remains of 64-year-old Fazel Ally was discovered early today at Lot 10 Bissoon Street, Better Hope, East Coast Demerara (ECD).

The discovery was made around 12:00 hrs today while firefighters were coming through the debris during their investigation of a fire that destroyed his home.

Ally resided at the property with his common-law-wife, Anita Looknauth and their 15-year-old grandson. According to information received, firefighters were called to the property after neighbours saw smoke emanating from the house.

By the time firefighters arrived, the entire property was engulfed in flames. The Guyana Standard was told that Ally’s burnt body was found under debris lying near to where the door was located.

Initially, it was suspected that the 64-year-old man deliberately set the house on fire but Fire Prevention Officer, Andrew Holder gave the origin of the fire as cooking left unattended.

At the time of the blaze, the elderly man’s relatives were at work.