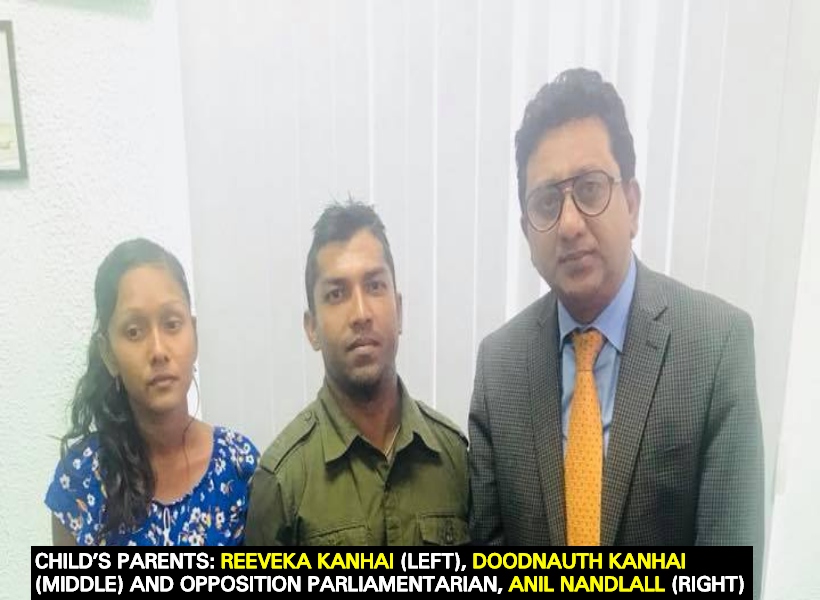 Opposition Parliamentarian, Anil Nandlall, has written to the Director of Public Prosecutions (DPP), Shalimar Ali-Hack, requesting an inquest into the drowning of six-year-old Ramesh Kanhai.

According to the child’s parents, Doodnauth Kanhai and Reeveka Kanhai, the child died on June 12, 2018 in proximity to the Abam’s Creek Primary School, of which he was a student. The student reportedly fell into the Pomeroon River in the presence of a number of persons, Nandlall said in his letter to the DPP.

“My instructions are that whilst at school, at or about 11:45 am, that is, during school hours, the child fell into the Pomeroon River in the presence of a number of persons. At the time, there were five teachers present at the school.”

Nandlall said that the matter was reported to the police at Charity Police Station and he presumes that an investigation is ongoing.

“Unfortunately, my clients do not have much confidence that the police investigation will be fruitful. In the circumstances, I respectfully invite you to consider whether this is not an appropriate case to launch an inquest,” the politician said.

In a Facebook post, Nandlall said that since the incident occurred, the Ministry of Education nor the Social Protection Ministry, has reached out to the parents.

“I wrote to the DPP…And will file legal proceedings against the State in due course,” the post read.