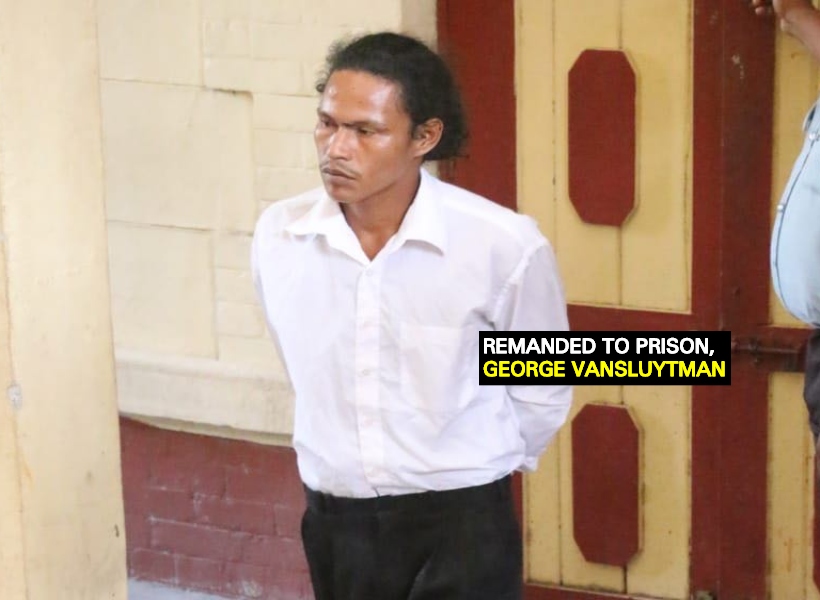 A boat captain, who allegedly killed his father-in-law who tried to rescue his daughter from a severe beating, was this afternoon charged and remanded to prison for murder.

He was not required to plead to the charge which alleged that on July 28, last, at Canal Bank, Port Kaituma, he murdered Dennis Williams, the father of his reputed wife.

The unrepresented man was remanded to prison until November 6, when he will appear in the Matthews Ridge Magistrates’ Courts.

Facts presented by Police Prosecutor, Gordon Mansfield stated that on the day in question, around 03:00 hrs the accused arrived at home where he met with his wife.

The court heard that the accused was intoxicated. The accused held on the his wife’s neck and stated,  “ Remember I had promised to kill you.” He then dealt her several kicks and punches about her body.

The woman’s father, who resided nearby, crossed the river with his paddle boat and rescued his daughter from her abusive spouse.

He remained with his daughter until daybreak.

Prosecutor Mansfield went on to tell the court that around 07:00 hrs, Williams was returning home in his paddle boat.

His son-in-law followed him. He hopped into his engine powered boat and in “a fit of rage” drove over William’s boat, causing the elderly man to fall overboard.

An alarm was then raised and his body was fished out of the river. His body bore injuries to the head.