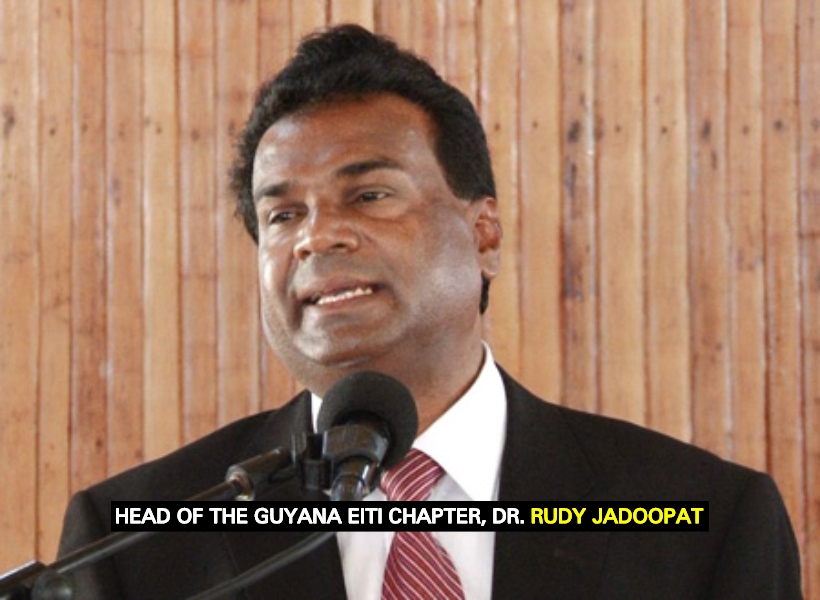 While the Extractive Industries Transparency Initiative (EITI) has typically focused on the taxes and revenues paid by extractive companies to the government, it also has the power to collect data on local content.

This was recently revealed by Dr. Rudy Jadoopat, head of the local EITI Chapter.

Dr. Jadoopat said that he and his officers have noted with some concern, the discussions taking place on local content by ExxonMobil and the lack of information to satisfy the transparency needs of the citizenry. As such, he noted that the GUY-EITI will be collecting and analyzing information in this regard.

Jadoopat said that this is not a new phenomenon since more than 24 members of EITI are already doing this. In fact, Jadoopat said that Nigeria, Mozambique, Philippines, Republic of Congo, Senegal, Tanzania, Timor-Leste and Togo all reported on local content in their latest EITI Reports.

He noted too, that this type of reporting is provided for under EITI Requirement 6.1 which speaks to social expenditure by extractive companies. Dr. Jadoopat said that social expenditures can take many forms, and commitments to local content in employment and procurement are part of it.

Dr. Jadoopat said, “EITI Requirement 6.3 mandates disclosure of data on the contribution of the industry to the economy including on employment. Most of the information disclosed in EITI reports are descriptions of relevant local content requirements and figures on local versus foreign employment, but also includes further data such as on procurement of goods and services and commentary on the implementation of local content policy based on the data collected. So we would be well within our right to pursue this.”

The official is hopeful that GUY-EITI can begin compiling all the needed information soon for its first report which is due next year April.