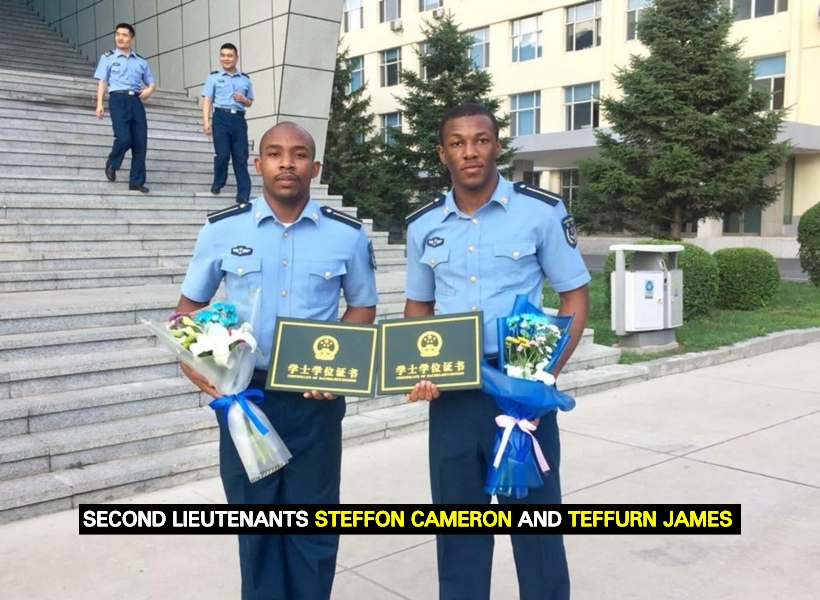 The two commenced studies on September 1, 2013, at the Chinese Air Force Aviation University of the People’s Liberation Army Air Force (PLAAF) in the People’s Republic of China. Military personnel from Cambodia, Afghanistan, Kazakhstan, Laos, Namibia, Zambia and Zimbabwe, were among their classmates.

The five-year programme of study was designed to develop young officers by imparting command knowledge and skills, and also to train the participants to be efficient pilots operating under modern information-based systems.

It included several educational tours and visits to various cities in China, an appreciation of Chinese customs, culture, lifestyle and societal values, and required the graduates to pass the Chinese Proficiency Test (HSK) level six examination. In addition, Second Lieutenants Cameron and James completed in excess of 80 flying hours on the PT-6 aircraft and 91 flying hours on the J-8 aircraft. They are also fluent in Mandarin.

Chief-of-Staff Brigadier Patrick West has since welcomed the two officers back to service with the Force and congratulated them on their sterling achievements.