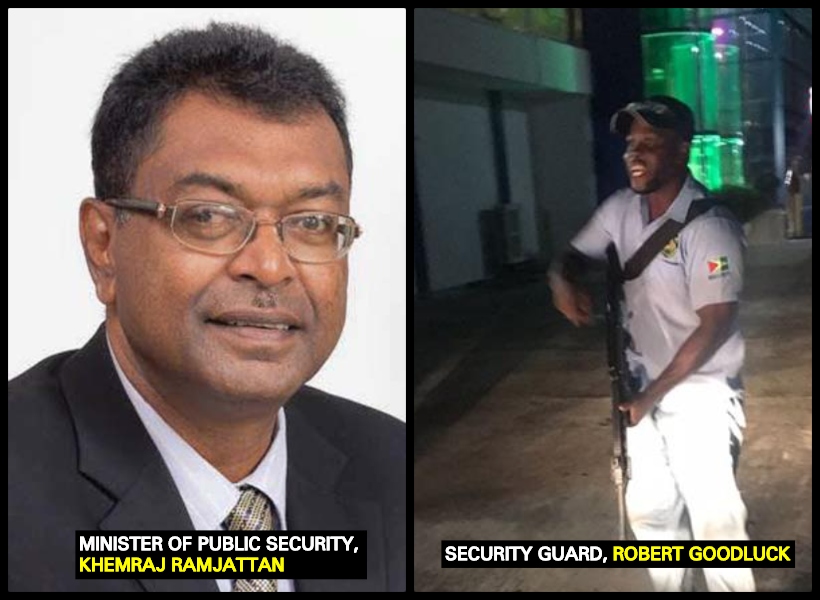 Minister of Public Security, Khemraj Ramjattan this morning confirmed that the Guyana Police Force (GPF) has revoked a gun licence that was granted to Robert Goodluck also known as Robert Wren of KGM Security Services.

The Force was correcting an error made by its ranks who screened and cleared Goodluck—a former US convict—to carry the firearm.

Goodluck was among two security guards who was involved in a bitter confrontation with junior Minister of Natural Resources, Simona Broomes and her driver early last month at a Providence, East Bank Demerara (EBD) establishment.

It was that confrontation that led to a probe into the guard’s background. Generally, persons who wish to carry a firearm are subjected to a thorough investigation which includes a background check.

Ramjattan explained that checks were indeed made into the background of the security guard, Robert Goodluck and not Robert Wren (the guard’s correct name)—and as such, he was cleared since nothing incriminating was found.

“What was related to me this morning was that this guy gave his name as Goodluck to the Security Company and not Wren so when the police did their investigation, the name ‘’Goodluck’ checked out,” Ramjattan said.

He continued, “No system is perfect” and he acknowledged that his ranks should have dug deeper into the security guard’s background. “We are all humans, no one is perfect. You think all the systems in the US are perfect?”

The Minister hinted that the shortage of manpower in the force might have contributed to the poor screening process which led to an ex-convict carrying a high power firearm.

Nineteen years ago, Goodluck was convicted for manslaughter, drug sale and possession of an illegal firearm in the United States of America.

He was then deported to Guyana after serving his time. Since arriving here, he worked with the KGM security services and a high powered weapon was given to him.