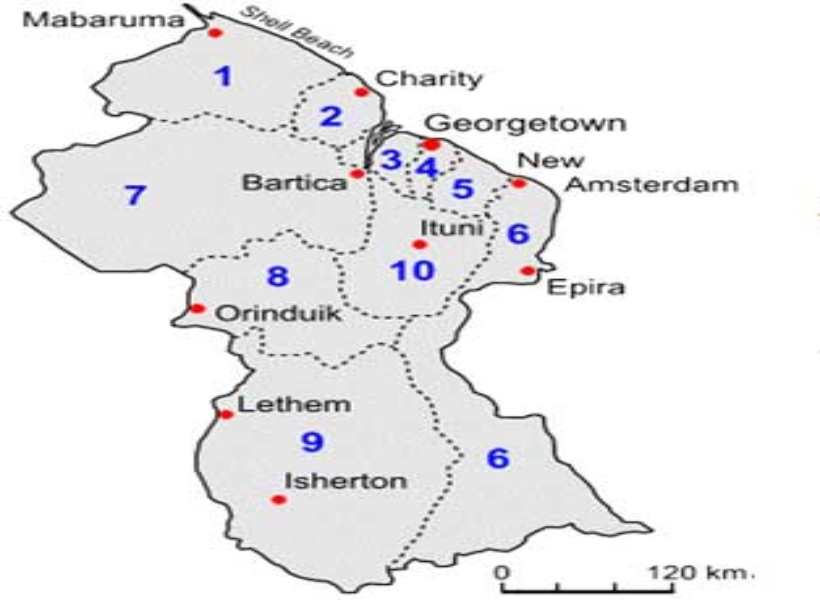 Local law enforcement officials will be better equipped to analyse crime patterns in the city and its environs, now that government is embarking on a “Crime Mapping” exercise of Region Four (Demerara/Mahaica).

Crime mapping is used by analysts in law enforcement agencies to map, visualize, and analyze crime incident patterns. It is a key component of crime analysis.

The US$ 78,750 (approx. GYD$16M) contract was awarded to Valerie Grant. The procuring entity is the Ministry of Public Security.

State Minister Joseph Harmon, during the post-cabinet press briefing today at the Ministry of the Presidency, told media operatives that the map will illustrate spatial depictions of crimes in Region Four.

He added that the map will also aid citizens in deciphering where there are high levels of crime and types of crime.

“The project will give serious crimes and geocode them, that is to say, the occurrence of crime as per geographic locations and create communicative maps so that Guyanese citizens will be able to see (a) digital map that depicts where crimes are occurring based on crime data…The information will be colour-coded and will include types of crime, date, time and location,”

This information will be displayed similar to how other programmes output the required information – including Google Maps and other street maps that are available on the internet.

The Minister announced also, that another contract was awarded for consultancy services to conduct a comprehensive study of security in indigenous communities in the sum of US$129,000. The Ministry of Public Security is also the procuring entity.