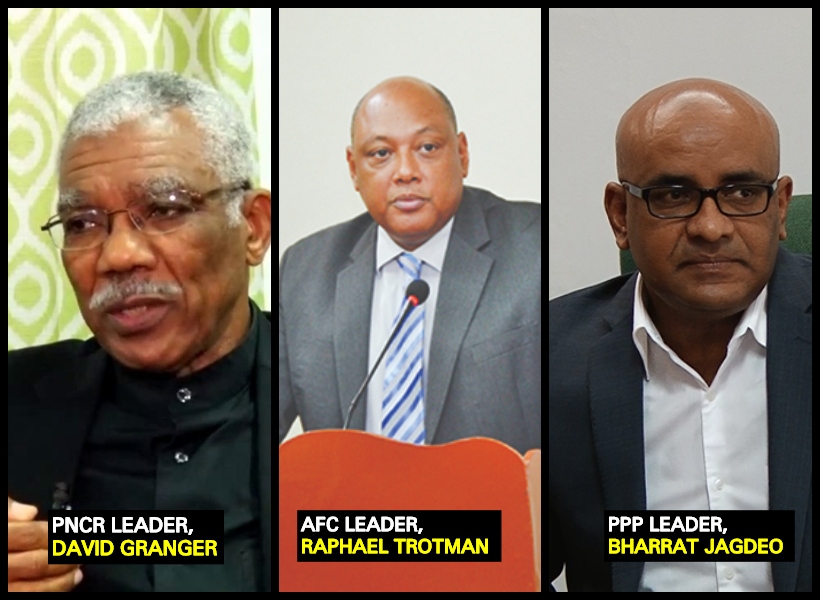 The Parliamentary Opposition, the People’s Progressive Party/Civic (PPP/C), is of the opinion that the Alliance for Change (AFC)’s decision to contest the upcoming Local Government Elections (LGEs) without merging with the A Partnership for National Unity (APNU), is a political ploy.

In a recent statement, the opposition said that it sees the move as a “clumsy” political strategy by the AFC to garner votes in opposition strongholds.

“The trickery is that they will come into certain PPP strongholds in which APNU will not contest, as a Trojan horse, pretending to be independent of the APNU in order to garner some sympathy votes in these areas. That they think they can pull off such clumsy stunts is illustrative of the lack of respect which they have for the intelligence of the Guyanese electorate,” the party said.

The PPP went on to accuse the AFC of being “deceptive” to its own supporters by employing a “flip-flop” approach to national issues.

“This political party, since joining with the APNU in 2015, has adopted inconsistent, flip-flopping and deceptive political postures as it struggles to survive as a relevant political force. We have seen how it flip-flopped on many issues in the past, including; the parking meter contract, VAT (Value Added Tax) on education, the sugar industry and even before they entered into the Coalition,” the PPP said.

The AFC has noted its reason for contesting the LGEs independently; assuring coalition supporters that the arrangement is just for these elections and not the general polls.

He told media operative this morning, that the AFC’s decision will not jeopardise the relations that the coalition members share.