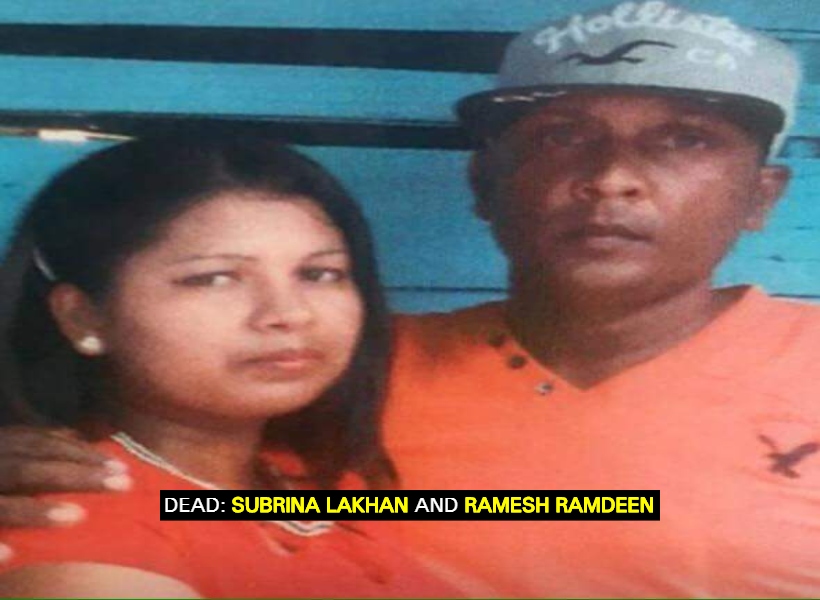 A Corentyne, Berbice father slit his 29-year-old reputed wife’s throat with a cutlass, hours after she took out a restraining order against him. He then used the murder weapon to slit his own throat.

The tragedy happened around 13:35 hrs today in Berbice.

The police believed that the 42-year-old man slit his throat in the upper flat—next to his spouse but rolled down a stairway.

A cutlass believed to be the murder weapon was found alongside the woman’s body.

While the motive for the murder is unclear at this point, there are reports that the 42-year-old man had accused his reputed wife of being unfaithful. The Guyana Standard has been informed that the couple has three children and shared a turbulent relationship—one that was filled with physical and emotional abuse.

In fact, hours before the woman was killed, she went to the Albion Magistrate Court and took out a restraining order against her abusive spouse.

However, when ranks accompanied her to remove her clothing, Lakhan allegedly changed her mind about moving and sent away the ranks.

According to information received, hours after the ranks left, a neighbor called and informed the police that the woman was heard screaming for help from her home.

The victim, according to her neighbor, was heard telling her reputed husband that she loved him and was not going to leave him.

The Guyana Standard was told that the suspect was an alcoholic and threatened to kill the woman numerous times.