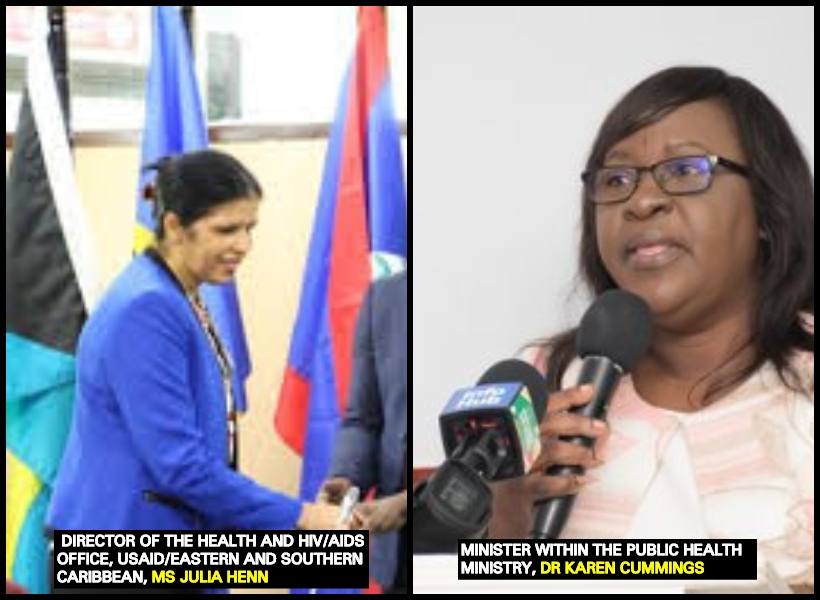 The Government of Guyana is not only intent on providing the best health care for victims of HIV/AIDS but also investing in programmes and mechanisms which citizens can access to help protect themselves.

This point was recently made by Ms Julia Henn, Director of the Health and HIV/AIDS Office, USAID/Eastern and Southern Caribbean. Delivering remarks at Friday’smultipartite National Health Accounts (NHA) meeting held in Georgetown, Henn pointed out that the expenditure rise from 25 percent in 2015 to 64 percent in 2016 is simply “mind-boggling.”

Henn commended the government for its impressive step-up since there have been dips in international backing to combat the deadly disease.

Guyana is also doing “really well” when expenditures were disaggregated by ‘type’.  According to official figures, the country is spending 52 percent of allocations in the HIV/AIDS fight on preventative care, while 21 percent of the sum targets curative care. Administrative costs are calculated at 25 percent while capital and ‘others’ take one percent of the estimates in that sub-sector.

When she addressed the forum, Dr Karen Cummings, Minister within the Public Health Ministry, said “Guyana’s Health Accounts will play a pivotal role in national health care policy. It will also serve as a base from which sub-accounts of expenditures useful to decision-makers can be crafted. Our health accounts will serve as a base from which projections of health expenditures can be modelled.”

Reminding the audience that the public health care system is not static, Dr Cummings said the NHA must be “periodically re-examined to determine the extent or scope of public health care and to ensure that the best concepts, data sources, and methods are being captured.”