Home News President’s failure to engage media is departure from norm, will have backlash... 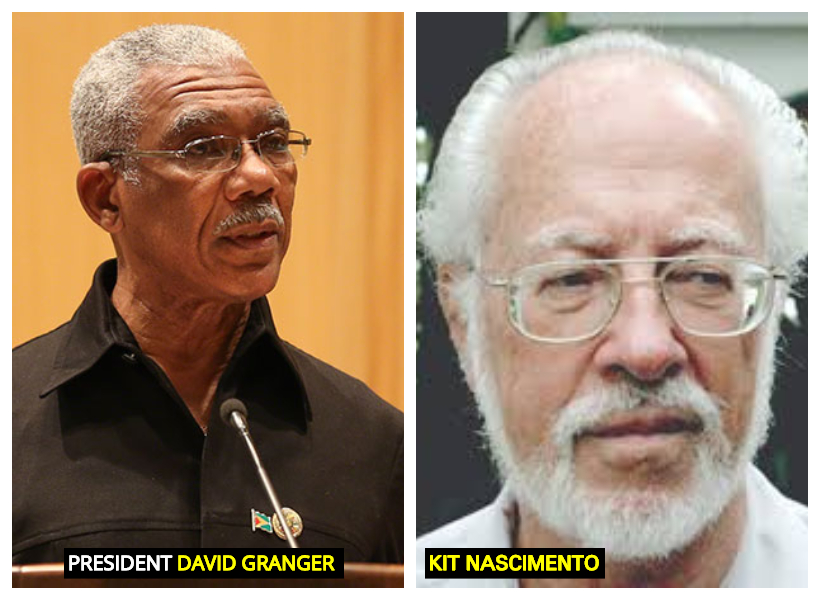 Kit Nascimento, a former Information Minister under the People’s National Congress (PNC) administration, has cautioned President David Granger, that his inability to hold scheduled press conferences can have a serious backlash.

In a letter to the media, the veteran journalist said that the President’s failure to not host these engagements is “certainly” a departure from the norm.

“I wonder, however, whether our President, who is an exceedingly intelligent man but not a traditional politician, has given a thought to the fact that any political leader in a democracy is putting himself or herself at huge risk, if not prescribe his or her own political demise, by isolating himself or herself from the media and, I believe, ultimately, from the people,” the former politician penned.

Appealing to the Head of State, Nascimento wrote, “Surely, Mr. President, you are my President too, and I am a former journalist and a consultant in public relations. You realize that the media every day of every week of every month throughout your tenure communicate with a high percentage of the population and what they cover is usually regurgitated on social media. Yet, Mr. President, you choose to ignore this reality. Yes, Mr. President, you do so at your own peril and will inevitably and ultimately pay the price.”

Nascimento said that the time for President/media engagement is now, since Guyana is at the cusp of achieving great things due to the discovery of oil.

“I have to assume that our President reads the press or someone culls it for him. He now heads a nation which is about to be the richest per capita in the world, but the media, without exception, reflects the view that he and his government are woefully unprepared to get a fair share of the coin which will flow for his people…We live in an information age. Mr. President, if I were your PR Consultant, I would be tempted to commit hari-kari but, then again, I am not. Merely a humble citizen concerned for my President and concerned for my country.”

President Granger has held only two press conferences since leading the coalition to victory at the May 2015 polls. This is in contrast to the weekly press conferences that he held when in the parliamentary opposition.

On the other hand, the Leader of the Opposition – the People’s Progressive Party/Civic (PPP/C) – Bharrat Jagdeo, has been hosting weekly press conferences.

Jagdeo, the Guyana Press Association (GPA) and several media entities, have openly criticised the Guyanese Leader for not having formal engagements with the media fraternity.

The President has responded to these criticisms; saying that his busy schedule has thwarted his efforts to host formal media interactions.