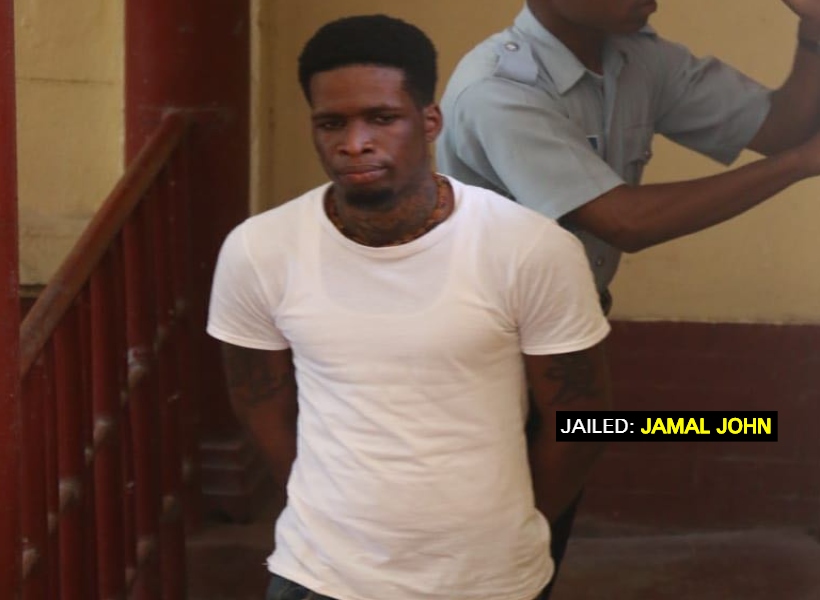 Jamal John, a 25-year-old former member of the Guyana Defence Force (GDF) of 53 Joseph Pollydore Street, Lodge, was found guilty and sentenced by Principal Magistrate Judy Latchman on a cause of death by dangerous driving charge.

The verdict was returned late this afternoon by the Magistrate.

Latchman, before delivering her decision, said that the number of road fatalities this far for the year is alarming.

She added that there is a dire need for a clear message to be directed at the preservation of Guyana’s human resource. This message, she said, must be sent by the courts to erant drivers.

John was the driver of motor bus BTT 8476 which killed Desmond Grandsoult on December 18 last, on Vlissengen Road, Georgetown.

He had pleaded not guilty to the charge when the charge was first read to him by Senior Magistrate Leron Daly. She subsequently transferred the matter to Principal Magistrate Judy Latchman, who conducted the trial.

He was never granted bail for the offence.

His lawyer, Melville Duke had made a no case submission on his client’s behalf citing that the prosecution failed to prove his client drove dangerously and that Grandsoult died as a result.

However, Police Prosecutor, Shawn Gonsalves, in his response, informed the court that a prima facie case was made out.

Gonsalves insisted that the pedal cyclist death was as a result of John’s negligence and that he had not taken enough due care and attention.

Magistrate Latchman this afternoon said that after looking at the evidence in its entirety, she is of the opinion that John at the time was not paying attention to the road and she believed the evidence of the prosecution witnesses.

According to the Magistrate, their evidence was not discredited, hence she found the defendant guilty of the offence charge.

Before sentencing, she stated that she took into consideration that John was going at a fast rate as if he was in ‘ fast and the furious’.

She added that he failed to exercise the five C’s of driving – care, caution, common sense, courtesy and consideration.

The Magistrate said she also took into consideration that Grandsoult received a fractured skull and all the ribs on his right side were fractured as a result of the accident.

She also took into consideration that John was a part of a disciplinary organization but failed to render assistance to the now dead man, hence the father of two was sentenced to 50 months imprisonment.