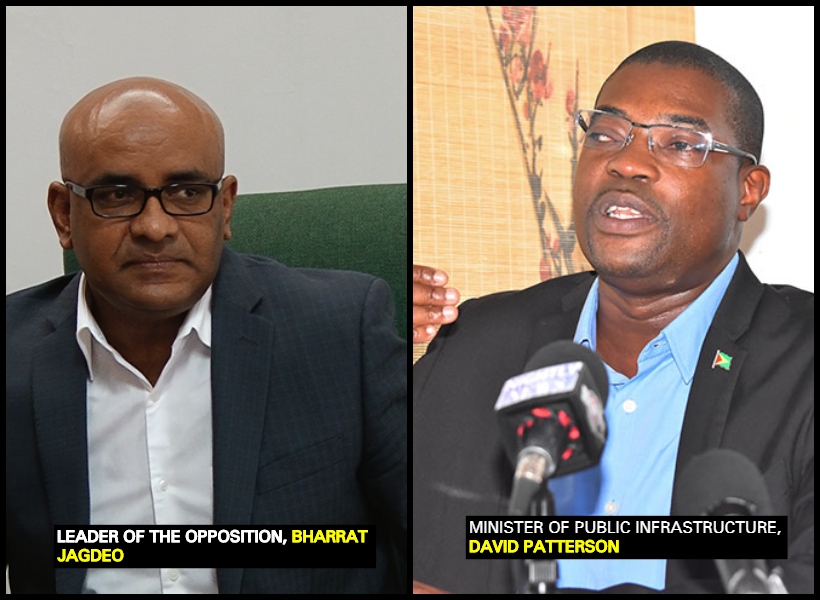 Leader of the Opposition, Bharrat Jagdeo believes that there is enough evidence in a report done by the Public Procurement Commission (PPC), to launch a full-fledged investigation into the award of the $146M feasibility study on the new Demerara River Crossing.

Jagdeo said that his party will be approaching the Special Organised Crime Unit (SOCU) to investigate the “unbelievable corruption” that ensued during the award of the works to the Netherlands-based company, Lievense CSO.

The former Head of State at a press conference earlier today, said that from the beginning, the party knew something was amiss and began asking for details of the award. However, that information was not forthcoming.

The Chief Whip of the Party, Gail Teixeira, wrote to the PPC requesting an investigation. The Chairperson of the commission issued a response and a copy of the report which was shared by Jagdeo yesterday. Jagdeo also noted that his party intends to make the report public.

In the bid for the consultancy services to conduct the feasibility study, the Ministry of Public Infrastructure (MPI) advertised for Expressions of Interest. Some 22 companies expressed interest in the works, out of which, 12 were shortlisted by an evaluation committee.

Jagdeo said that only two of those companies from the shortlisted bunch submitted proposals by the closing date.

He noted, too, that government proceeded to negotiate with the two companies but no agreement was reached. This resulted in an annulment of the tender. Reading from the report, Jagdeo said that the National Procurement and Tender Administration Board (NPTAB) had ordered that the project be retendered. But this was not done.

Still reading from the report, Jagdeo said that the Permanent Secretary (PS) of the MPI, informed the PPC that subsequent to the annulment of the tender by MPI, Engineering Contracting BV –LivensCO bidding rival – submitted an unsolicited proposal to do the works.

According to Jagdeo, the Minister of Public Infrastructure, David Patterson by memorandum dated November 18, 2016, made a request to Cabinet seeking consideration and approval to use funds from the Demerara Harbour Bridge Corporation (DHBC) to fund the study and to commence a contractual engagement with LivensCO from January 1, 2017.

Jagdeo pausing for a while to assert the seriousness of the report, continued to read, “The PPC noted that this request to Cabinet was not forwarded through the NPTAB but submitted directly by the Minister of Public Infrastructure.”

Cabinet considered the memorandum and on November 25, 2016, approved $161.5M to be used from the DHBC to cover the cost of the feasibility study.

The General Manager of the DHBC, Rawlston Adams, who had signed the contract with the Dutch company, later informed the PPC that the board of the DHCB was not a party to the decision to use these funds for this purpose as approved by cabinet.

Adams reportedly told the PPC, that he did not signed the contract on behalf of the DHBC, but only because he was requested to do so by the Minister. Jagdeo said that these alleged actions and subsequent findings of the PPC, is enough to bring charges against the minister, or even the entire cabinet.

“He (Patterson) used funds from a public corporation to sign this contract without the knowledge or approval of the Board of Directors of a public corporation. Now this, is flagrant breach of our rules. This minister violated our laws; bypassed our procurement laws; bypassed NPTAB; took an unsolicited proposal after NPTAB requested a retender; the Cabinet approved it, and the contract was awarded. So it’s either Patterson has to bear the brunt of it, or the entire Cabinet…This will go to SOCU. This is a documented case of corruption of unbelievable proportion,” Jagdeo argued.