Home News AFC’s move to “prove itself”, is signal of a party deteriorating –... 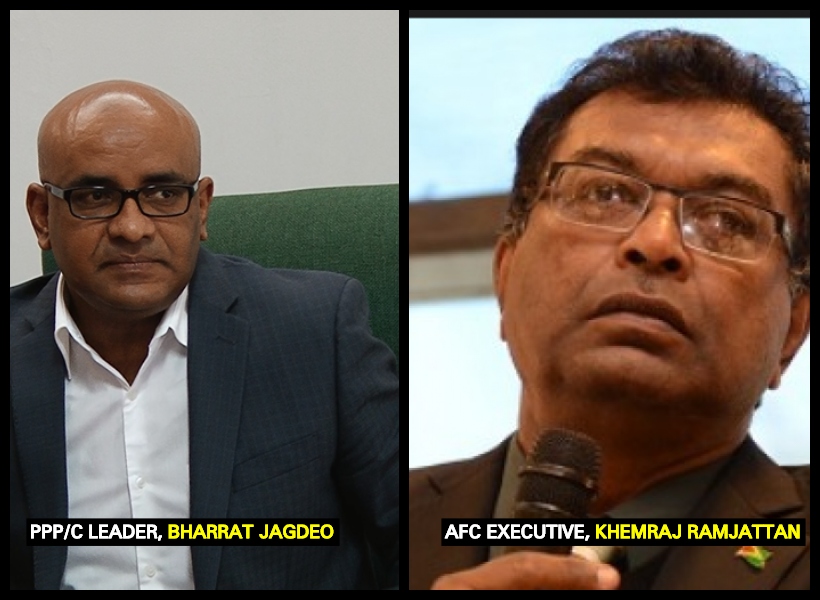 “Any (political) party that has to prove it’s not dead, is in a bad shape,” says Leader of the Opposition, Bharrat Jagdeo.

The People’s Progressive Party/Civic (PPP)’s head made this assertion following comments by former Leader of the AFC, Khemraj Ramjattan. The AFC Executive Member told media operatives at a press conference in Georgetown yesterday that its move to not merge with its coalition partner – the A Partnership for National Unity (APNU) – to contest the Local Government Elections (LGEs), will extinguish talks of the AFC being lifeless.

“Many critics and analysts have said that the AFC is dead, however, contesting the LGEs independently, and going in the trenches to compete, is a great opportunity to prove otherwise,” Ramjattan had noted.

Jagdeo however, is convinced that the AFC’s move to branch off in the LGEs to prove its relevance, is an exercise in futility. He believes that the party has already lost its followers.

“Imagine the Leader of the AFC said that they have to prove that they are not dead because somewhere, I suspect, in the APNU circle, they have formed the same impression that we have formed – that AFC is dead on the ground,” Jagdeo said.

The former Head of State said that supporters are publicly denouncing the AFC.

“This is happening…It’s an avalanche. It’s not like trickles – it’s deluge of support…People that believed that they stood for something that was different – but has now seen the true nature of the AFC.”

Leader of the AFC, Raphael Trotman said yesterday that his party prides itself as being the only organisation in the Caribbean, to make it into government within 10 years – a feat he said, that is not
accomplished easily.

He believes too, that the AFC has “contributed significantly” to the government within the last three years. Trotman was also the first leader of the political parties contesting the LGEs to call for a Code of Conduct to be implemented.