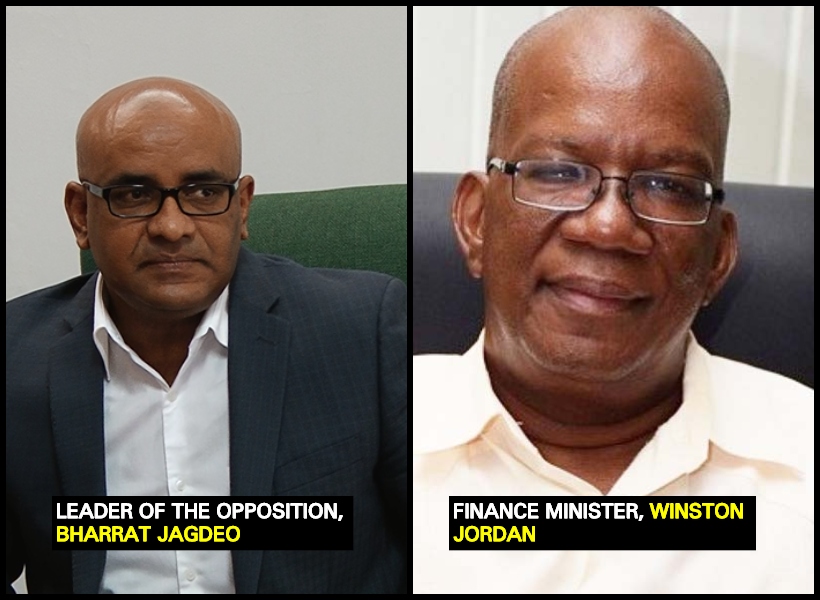 Government’s Green Paper which outlines the procedures for the management of proceeds from the oil and gas industry, places the Ministry of Finance and its minister, in overall control, says the Leader of the Opposition, Bharrat Jagdeo.

Speaking at a press conference hosted at this Church Street office yesterday, the former Head of State said that his initial negative reactions to the National Resources Fund (NRF) have since grown to a greater proportion upon hearing of this development.

The Green Paper says that the Ministry of Finance will be the overall manager of the NRF and its minister, will have a role in composing the macroeconomic committee that would be responsible for determining how those funds are allocated.

The macroeconomic committee, Jagdeo said, will determine the economically sustainable amount and would consist of the following five members appointed by the Minister of Finance. Jagdeo believes that the ministry should not have “this high level” of control over the fund, nor should its minister.

“Misgivings that were held before when government first talked about a Natural Resource Fund, have been elevated to full-blown concerns. This is the same Minister who lied to the country about the US$18M signing bonus, saying that Guyana never received it and never asked for it…he lied to Guyanese for over a year…and it is the same minister who will now have full control,” Jagdeo said.

Previous reports have also indicated that Bank of Guyana (BoG) will be the operational manager of the fund. Jagdeo is also against this proposal. He said that if the BoG is made the manager of the account holding oil-derived wealth, then there will be massive corruption.

The model which sees Central Bank as the main manager of the Fund also states that there would be a committee that encompasses several independent interest groups, including a representative nominated by the Leader of the Opposition, to oversee it.

In response to this guideline, Jagdeo said, “We don’t want politicians to manage this money. This Fund has to be technically managed by a government/opposition-approved independent body – not by politicians and stored at the Central Bank. We have a problem with that model.”

He had stated, too, that current model departs “radically from international best practices that have been adopted by other oil producing nations including Norway.”